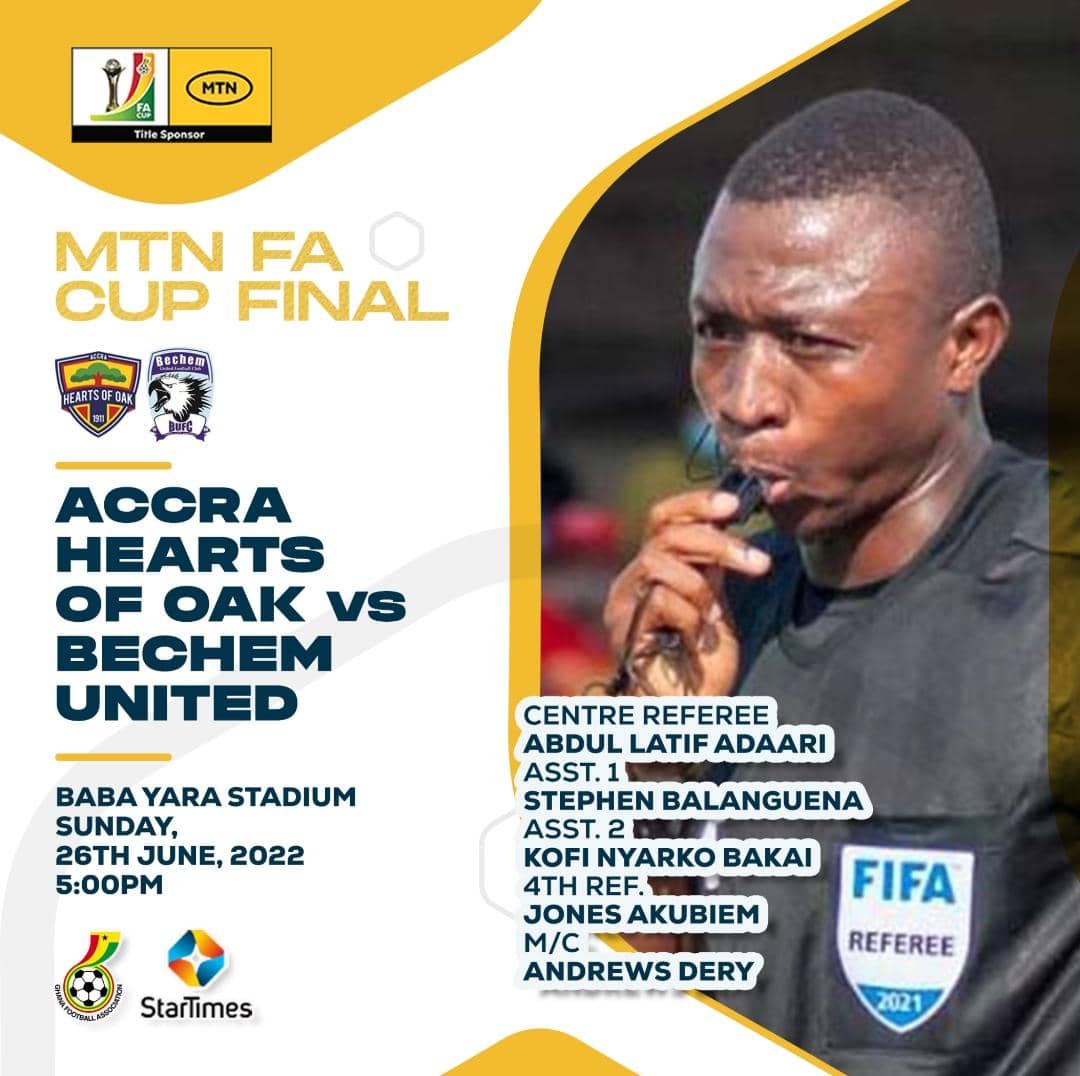 The Referees Committee of the Ghana Football Association has announced Match Officials for the MTN FA Cup final match scheduled for Sunday, June 26, 2022.

Below are the match officials:

Hearts of Oak will battle it out in the final against Bechem United, knowing that a win in the much-anticipated clash will secure them a slot in Africa.

The winner of this year’s FA Cup title will be representing Ghana in the CAF Confederations Cup next season.

Samuel Boadu and his charges will hope to win the trophy to compensate their fans after enduring a difficult 2021/22 Ghana Premier League campaign.

Hearts of Oak will go into the game as defending champions having won the trophy in the 2020/21 season over Ashantigold. The club is yearning for their 12th FA Cup title.

Meanwhile, Bechem United will be seeking to win their second FA cup after beating Okwahu United in 2016 final at the Cape Coast Stadium.

The Hunters enjoyed an amazing 2021/22 campaign.

They finished third in the just ended Ghana Premier League campaign and are aiming to win the FA Cup to climax the season in style.