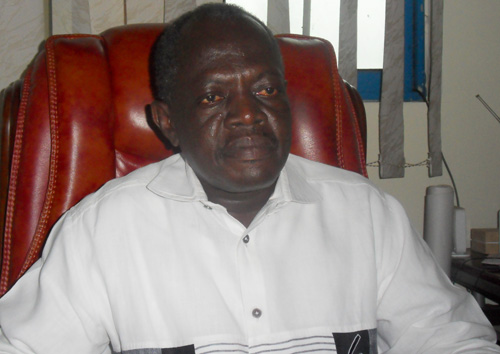 Owner and bankroller of Bechem United, Kingsley Owusu Achiaw has insisted that his side will emerge as the winners of the 2021/22 MTN FA Cup on Sunday.

The Haunters will be hosted by Hearts of Oak at the Baba Yara Stadium.

Hearts of Oak who won the FA Cup last season have been poor in the just-ended Ghana Premier League, finishing 6th with 48 points.

But the veteran football administrator says they will not underrate the Phobians despite their poor form.

According to him, they will approach the game with all seriousness, adding that they will lift the trophy on Sunday.

"We are not underrating Hearts of Oak," he told Asempa FM. "They were poor in the Ghana Premier League but we will approach the game with all seriousness because we want to play in Africa next season.

"My players are motivated ahead of the game. The people of Bechem will be at the Baba Yara Stadium in their numbers to support the team so there is no win against Hearts of Oak.

"The players will have the opportunity to have pre-season in Europe as part of the motivation. For me, a win on Sunday is not negotiable.

"I am convinced Bechem United will beat Hearts of Oak 2-0 on Sunday," he added.

Kick-off for the much-anticipated game has been scheduled at 15:00GMT.