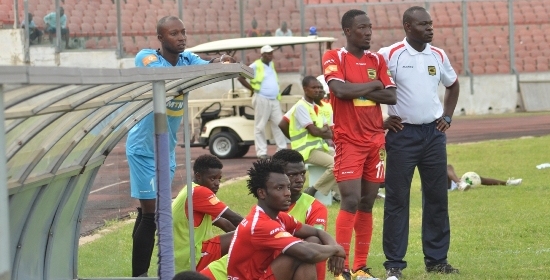 Kumasi Asante Kotoko will shift their focus to the MTN FA Cup this Sunday when they storm Agona Swedru to face Division One Proud FC in a Round of 32 clash.

The MTN FA Cup takes centre stage this weekend after the end of the first round of the Premier League, and Kotoko will hope to continue with their recovery process with a good away win to advance.

Again on Sunday, in-form Hearts of Oak will welcome Kotoku Royals to the Accra Sports Stadium.

At Wa, All Stars will engage Bolga All Stars in the only premiership affair in this round, while league leaders, WAFA, descend on Kasoa Ofaakor to battle Unistar Academy in an interesting duel.

Medeama will play host to New Edubiase at Tarkwa, King Faisal versus Wassaman at the Kumasi Baba Yara Stadium, Young Wise versus Okyeman Planners at Zaytuna Park, and Danbort versus Heart of Lions at the Nungua Town Park.

On Saturday, Emmanuel FC will play host to Amidaus Professionals at Nungua Town Park, while Liberty Professionals clash with Uncle T Stars at the Sly Tetteh Park at Dansoman.