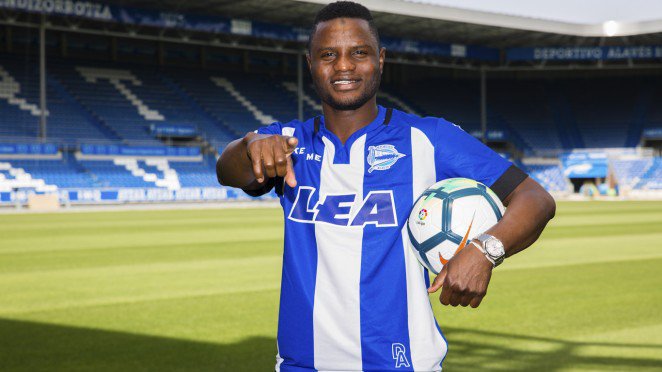 Ghana midfielder Mubarak Wakaso could leave Spanish side Deportivo Alaves for Getafe CF before the January window comes to an end.

They are keen on bringing in Brazilian midfielder  Walace Souza- should that deal goes through they will allow Mubarak Wakaso who has played just a year out of his three-year contract to join Getafe.

Mubarak Wakaso has played ten league games in which he has not scored any goal for Alaves this season.