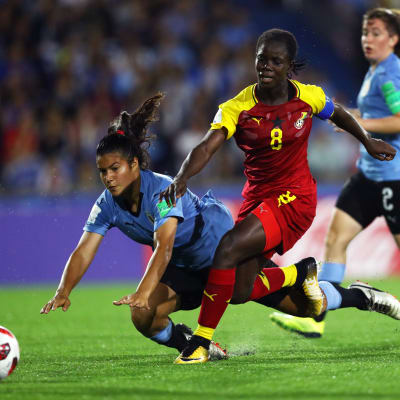 Mukarama Abdulai has picked Cristiano Ronaldo as the greatest player of all time over Lionel Messi.

Both players have made headlines in world football winning many laurels for themselves.

And Mukarama, who claimed the top scorer award and the bronze ball at the just ended FIFA U-17 Women’s World Cup in Uruguay, in an interview with Citi TV revealed her admiration for the Juventus forward and described his as the greatest of all time.

“I just like Ronaldo. I have nothing against Messi, but Ronaldo is just the best.

“He scores in almost every game, and he knows how to score. He is just there to score.

“I won’t need Messi in my team when I have Ronaldo. For me Ronaldo is the greatest,” she said.