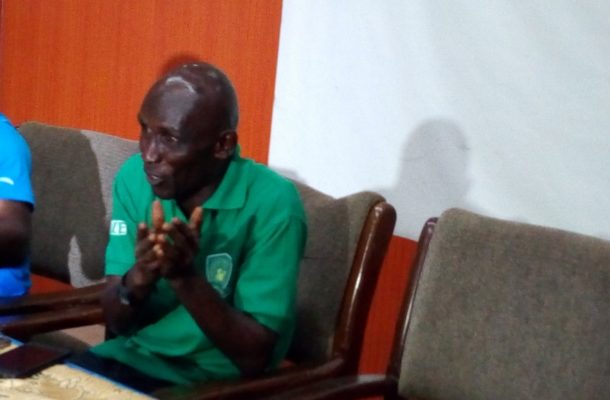 Former Ebusua Dwarfs gaffer Robert Assibu is confident of landing a new job after he resigned from his role in Dwarfs.

The very passionate coach believes the closing of his chapter with Dwarfs does not indicate the end of his coaching career.

"Because of my truthfulness and I will still be on the position that I am. I will not leave where I am because I believe in God the father Almighty". He told the media after resigning.

"I will not leave but [whatever] they will do, my coaching career will never end because I have been able to [reach] a certain level and the licence that I am holding is not limited to Cape Coast. By God's grace, coaches are fired, coaches are signed so I will leave everything to the hands of my father in heaven".