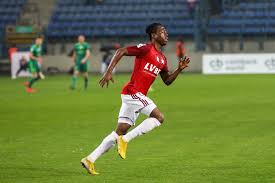 Ghanaian midfielder Emmanuel Kumah has revealed that his father got him interested in football at an early age.

Currently featuring for Polish side Krakow, the 21-year-old has stated that his father was a good player and he rubbed off on him.

"My family comes from a town called Seikwa and three generations lived in my family home - my grandparents, parents, older sister and younger brother," he told FutbolNews.pl.

"My dad was a very good footballer. It is true that he did not have the opportunity to play professional football, but he took me to his training sessions, sharing his passion for football with me. I can say that it was with him that I became interested in this sport."

"Football has been the most important thing in my daily life since then," he concluded.