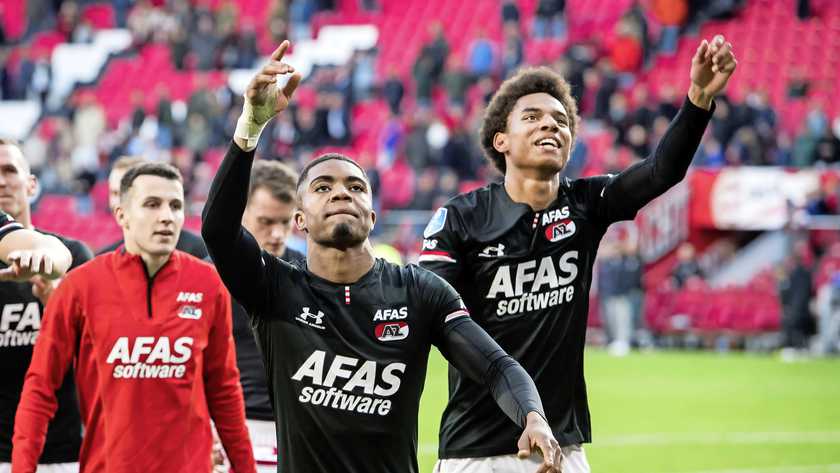 Myron Boadu has been called by the Netherlands national coach Ronald Koeman for the next two European Championship qualifying matches, against Northern Ireland on November 16 and Estonia November 19.

The 18-year- old attacker has had a fruitful season for AZ Alkmaar both in the Eredivisie and in the Europa league which he scored a  brace and assisted, earned his first call up of the Orange.

Memphis Depay is part of the selection. The striker dropped out at Olympique Lyon on Tuesday, but the injury turned out to be better than expected.