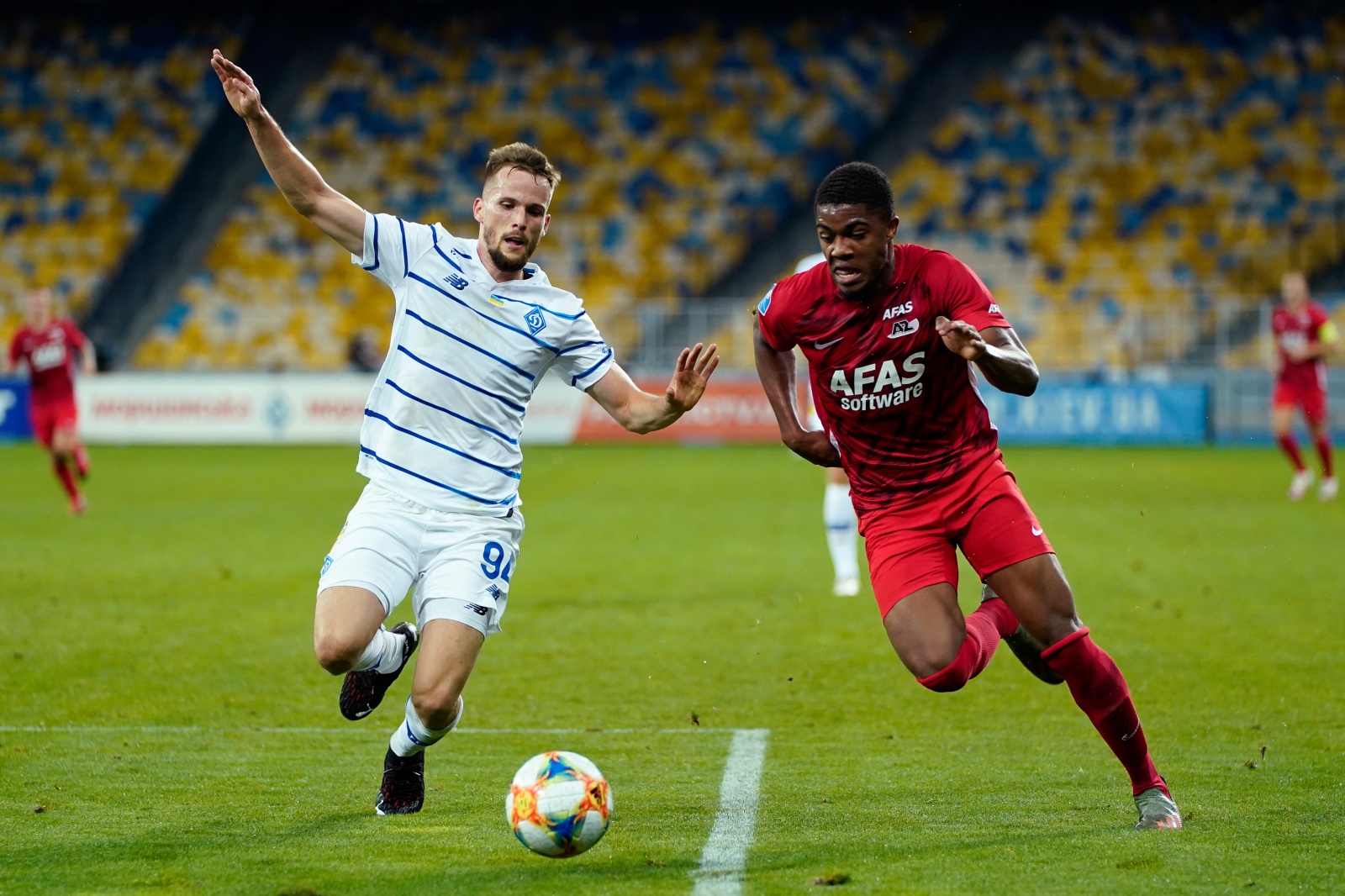 Dutch forward, Myron Boadu was in action on Tuesday evening for AZ Alkmaar when the team suffered a 2-0 defeat at the hands of Dynamo Kyiv in the third qualifying round of the Uefa Champions League.

With the 2020/2021 football season already started in almost every European country, the race for qualification to the next edition of the Uefa Champions League has intensified.

Today, AZ Alkmaar visited the Stadion NSK Olimpiyskiy hoping for a win against Dynamo Kyiv in a bid to secure qualification to the next stage of the qualifying round.

Unfortunately, goals from Gerson Rodrigues and Mykola Shaparenko has handed the home team a 2-0 win while sending AZ back to the Netherlands with disappointment.

On the matchday, Myron Boadu lasted the entire duration of the game but his efforts could not save his team from the defeat.