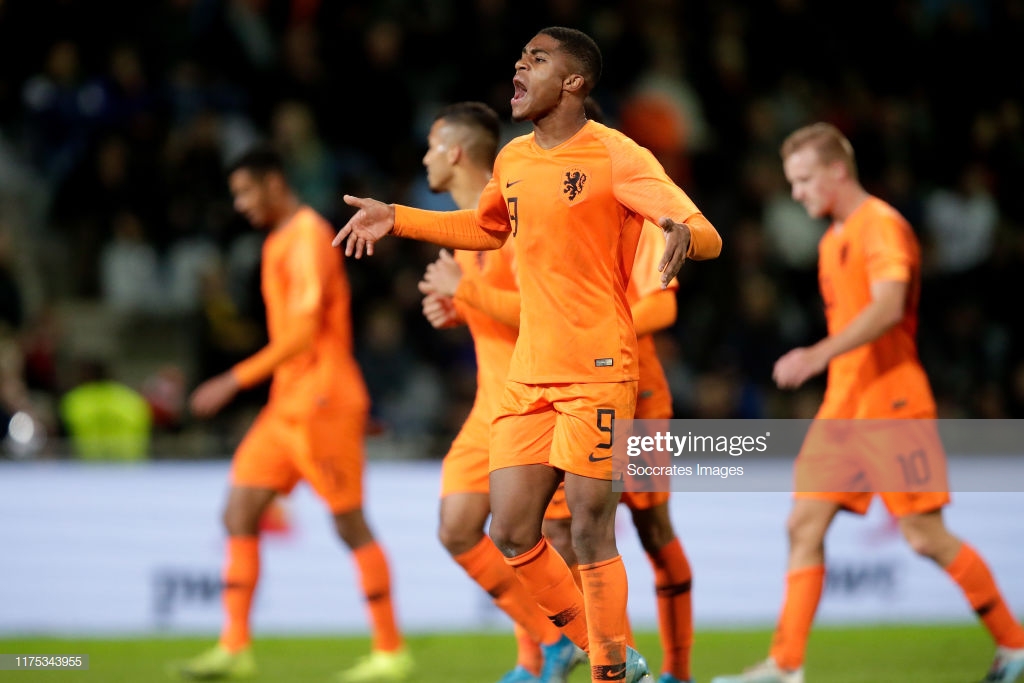 Dutch-born Ghanaian international Myron Boadu was on target twice on Friday night to help Netherlands post a 4-2 victory over Portugal in the U-21 European Championship qualification.

In a match played in Doetinchem, the host started off on a good note and dominated right from the blast of the whistle for the start of the first half.

In-form Myron Boadu who has taken the Dutch Eredivisie by storm this season was handed a spot on the team’s starting lineup alongside Justin Kluivert.

The Ghanaian who plays for AZ Alkmaar gave the host the lead as early as the 8th minute with a fine strike following a good team play.

Portugal who went into the match with two wins from two matches crawled their way into the match in hopes of restoring balance. Their efforts were rewarded on the 42nd minute when Diogo Queiros found the back of the net.

The Netherlands resumed the second half with more purpose and took the lead for the second time courtesy a good goal from Teun Koopmeiners.

Though the away side pulled parity again to make it 2-2, goals from Myron Boadu and Calvin Stengs ensured that the Dutch amassed all 3 points.

Boadu’s brace on top of his stellar performance was key to his side’s win as they move to the top of the standings of Group 7.