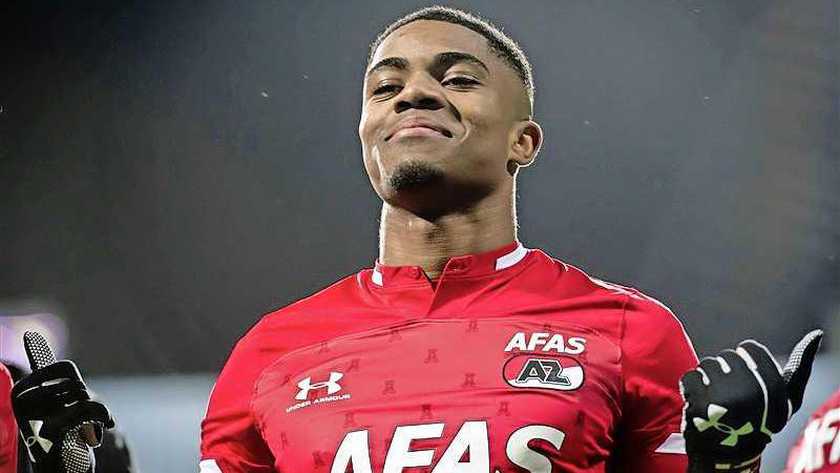 At the time, the counter came to five goals in four top duels. However, this year has not been able to convince the attacker, who celebrates his twentieth birthday on Thursday.

Teammate Calvin Stengs continues to have faith in Boadu, who will play with AZ on Wednesday evening against number two PSV. According to Stengs, top matches are Boadu's specialty.

"He will get more space in those matches," the AZ attacker explains in an interview with Algemeen Dagblad.

"And then he is very dangerous because opponents then almost leave him in the front. Then he is gone in no time." AZ coach Pascal Jansen also remains confident in the struggling Boadu.

"He may be doing less this season when it comes to goals and assists, but we must not forget that he is still very young. He knows peaks and troughs and the trick is to keep those troughs as short as possible.

"Jansen thinks that Boadu can be of great value to AZ in this month full of top matches in the Eredivisie and TOTO KNVB Cup. "Myron is lightning fast. If he gets a little more room from the opponent, he can become just as effective as in those games last season." Stengs shares the opinion of his trainer in Alkmaar. "I expect that he will score a lot this season."

Boadu is in the Eredivisie on four goals in thirteen appearances. In the group stage of the Europa League, the AZ striker did not score at all. Despite the goal drought, Boadu himself is not yet concerned about the remainder of this year.

"Last season I also didn't score a series of matches for the away match against Ajax (0-2 victory). Then the outside world was already busy for a while and then I scored that goal in the Johan Cruijff Arena. just that it will come again, "said the confident Boadu.