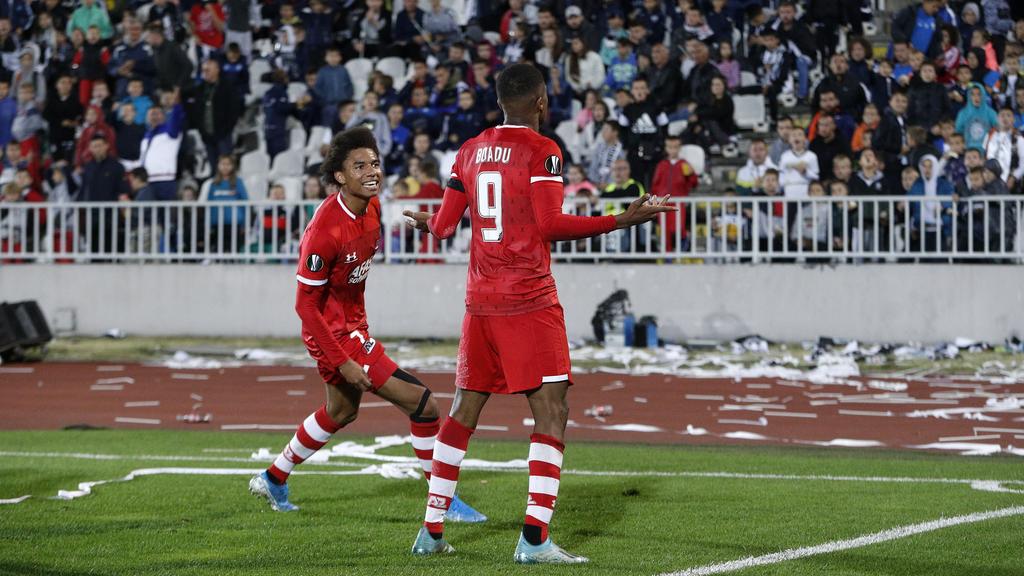 Dutch Born Ghanaian forward Myron Boadu has been in blood form the last months scoring two goals with an assist in the Europa League on thursday against FK Astana at the Astana Arena.

The young attacker opened the score when AZ Alkmaar visited Astana, as a result, Boadu has already found the net six times this season. The Dutch National Junior Team did that by scoring four times in the main tournament and twice in the qualifying games.

And to think that Boadu is only eighteen years old. With his six hits he is also directly the player who on behalf of a Dutch club has scored the most goals in a European context for his nineteenth birthday.