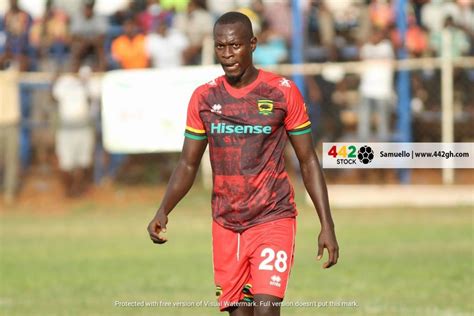 Naby Keita has explained why he believes Kotoko did not win the Ghana Premier League.

The 28-year-old canceled his contract with the Kumasi based club, claiming a lack of playing time and other issues.

Keita scored twice in 12 games for Kotoko in a season in which the Kumasi-based club finished second behind Hearts of Oak.

Naby Keita who previously played for Renaissance Club De Conakry in an interview with Ghanasportspage.com explained why he feels Kotoko lost the league title battle to Accra Hearts of Oak.

“Kotoko had good players who could have won the league but there was division and Hearts were serious than us. Kotoko needs to be united for the team to prosper,” he said.

Naby Keita moved to Ghana in October 2018 and signed a three-year contract with the Porcupine Warriors on a free transfer.