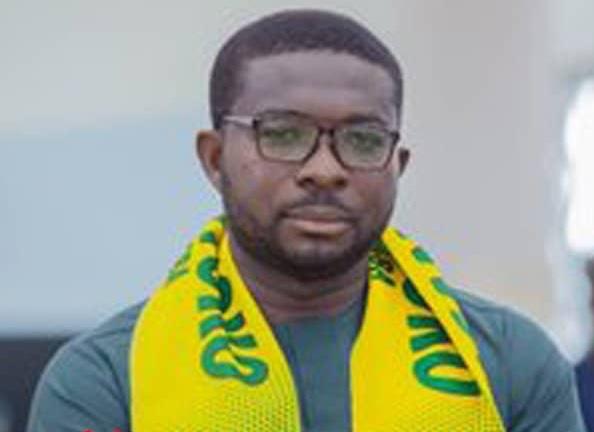 Former Ghana and Bayern Munich ace, Samuel Osei Kuffour is being considered for the Chief Executive Officer [CEO] role at Asante Kotoko with majority of the club Board of Directors demanding for the termination of Nana Yaw Amponsah's contract.

Before the appointment of Nana Yaw Amponsah as the CEO of the club, Kuffour was heavily considered for the vacant job.

However, Kuffour could not get the job because majority of the Board of Directors had then settled on Nana Yaw Amponsah as the new CEO after the George Amoako led management was dissolved.

Asante Kotoko, record Ghana Premier League winners have dominated the headlines for the wrong reasons for the past months under Nana Yaw Amponsah's management.

Despite securing some mind-boggling sponsorship deals in less than a year under his auspices as the CEO of the Porcupine Warriors, Nana Yaw Amponsah has come under intense pressure for the past weeks due to his leadership style as it has been described by some deep throat of the club as unsatisfactory.

One key figure who crusaded for Nana Yaw Amponsah's appointment was Dr Kofi Amoa-Abban who have been friends with the former Phar Rangers president since their days at Mfantsipim College through to the University of Ghana. But Footballghana.com can confirm that Nana Yaw Amponsah is having a rocky relationship with the Rigworld Group boss.

Following the inauguration of the Board of Directors, Kofi Abban twitted that the club will soon put together their television channel which will carry out their activities.

It would be recalled that Mr Abban dashed out a Toyota Prado to Nana Yaw Amponsah and a Toyota Fortuna to then head coach of the club, Maxwell Konadu.

However, Nana Yaw Amponsah as part of his demands demanded for a V8 vehicle but not a Toyota Prado. He then resorted to some board members and complain to them that the car offered to him is below his standard as the CEO of the club.

This statement did not go down well with some Board Members.

There is also a rift between Nana Yaw Amponsah and Boateng Genfi. This rift emerged after Boateng Genfi granted an interview with Graphic Sports.

Sources in the club have indicated that Nana Yaw Amponsah was unhappy and cautioned Mr Boateng Genfi not to grant an interview without his approval.

At a board meeting following the sacking of Maxell Konadu, Mr Boateng Genfi questioned Nana Yaw Amponsah why he sacked the former Black Stars B coach without informing the Board of Directors but Nana Yaw Amponsah questioned Mr Boateng Genfi’s knowledge citing that at Manchester United, Ed Woodward who is the CEO takes the decision on the future of the coach and not the Glazers.

This utterance did not obviously go down well with the board.

However, Nana Yaw Amponsah days regretted his actions and his attitude towards Mr Genfi and wanted to move to offer him an apology since he knows the role Mr Genfi masterminded before his appointment. However, Mr Genfi has declined to meet Nana Yaw Amponsah.

The leadership style of the young administrator has been questioned by the Board with majority crusading for the termination of his contract.

Ahead of Kotoko's Caf Champions League game against Al Hilal in Omdurman, the players threatened to boycott the game if their unpaid entitlements were not paid before the game.

The management hurriedly moved to settle the debt to avoid any embarrassment in Sudan.

The match was subsequently called off after seven players and four officials tested positive for Covid-19.

Players of Kotoko have however demanded to meet the entire Board over the leadership style of Nana Yaw Amponsah when they arrive in Ghana from Sudan.

Before the departure of the team for the game, it was reported that Nana Yaw Amponsah was having a rocky relationship with Board Chairman, Dr Kwame Kyei which has currently created a communication vacuum.

The Board of Directors were furious after Maxwell Konadu was sacked by Nana Yaw Amponsah without seeking approval from the board as Footballghana.com had reported earlier.

But in an interview with Kumasi based Oyerepa FM, the 2019 Ghana Football Association presidential candidate admitted he was wrong.

Kuffour, who is now on the radar to take up the role made 54 appearances for Ghana, scoring three goals and played at four AFCON tournaments and was part of Ghana's maiden FIFA World Cup squad in 2006.

Mr Boateng Genfi and Kofi Abban were the two key pillars who crusaded for Nana Yaw Amponsah’s appointment as CEO but seems to have regretted settling on him for the job but with the current situation at the club, Nana Yaw Amponsah future looks unclear and it’s possible the Board will now go in for their man in the name of Samuel Osei Kuffour for the CEO job.

Meanwhile, Nana Yaw Amponsah was awarded a three-year deal as the CEO of the club by the Board of Directors.