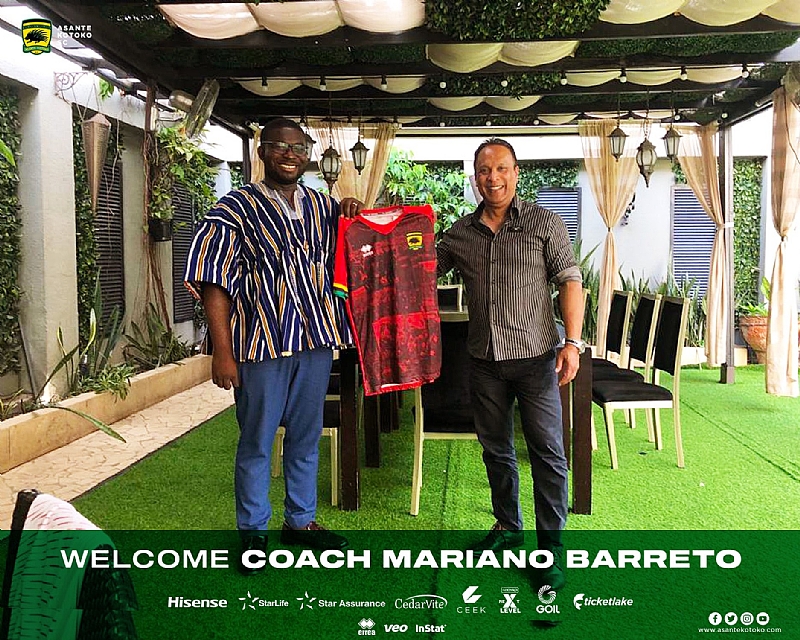 The Chief Executive Officer (CEO) of Asante Kotoko, Nana Yaw Amponsah has revealed that the club appointed Mariano Barreto as head coach to manage the egos of players.

The Ghanaian giants earlier this year appointed the Portuguese tactician to replace coach Maxwell Konadu who had been sacked for poor results at the start of the 2020/2021 season.

In a post-Ghana Premier League interview on Asempa FM today, Nana Yaw Amponsah has lifted the lid on why the club opted to bring in Mariano Barreto.

“The reason why hired Mariano was that at the time, most of Asante Kotoko players were getting called up to the Black Stars and we needed someone to manage the egos,” the Kotoko CEO said.

Amid speculation that Mariano Barreto may be sacked at the end of the season, Nana Yaw Amponsah says no decision has been taken yet.

“For us, we have a contract with him [Mariano Barreto] and he just spent just six months with us and he is playing in the MTN FA Cup so let us hold for him at the moment,” he added.