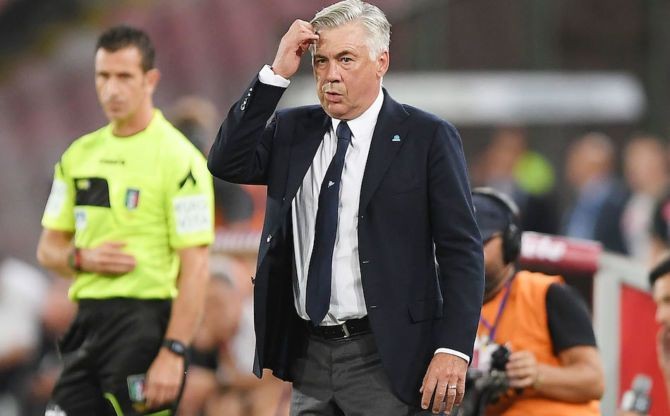 As Serie A campaign pauses for the international break, Napoli coach Carlo Ancelotti will be hoping to use the lack of match action to rectify some of his new sides defence deficiencies.

The Partenopei conceded three times without reply against Sampdoria on Sunday night, doubling the number of goals that have been scored against them in the opening three games.

In the opening match away to Lazio, Ciro Immobile’s strike was the result of comedic Neapolitan defending and against the Blucerchiati a sense of confusion was again on display.

“The first half was really bad,” admitted full-back Elseid Hysaj after the match. “We made a lot of mistakes and they took advantage, we have to be more focused.

“The [defensive] line is the same as last year, even the movements that are asked of us.”

Despite the familiarity with their defensive colleagues, the loss of goalkeeper Pepe Reina and deep-lying midfielder Jorginho is making a difference, with Ancelotti seemingly unsure who the long-term successor to the Brazilian-born Italian international is. In the first few weeks, there has been an increased workload for Allan in midfield, as he frantically attempts to ensure that Napoli do not feel the loss of their former conductor too much.

Meanwhile, Ancelotti hopes the next few weeks will help his new charges reduces their defensive errors and become the main threat to Juventus’ Serie A crown again this season.