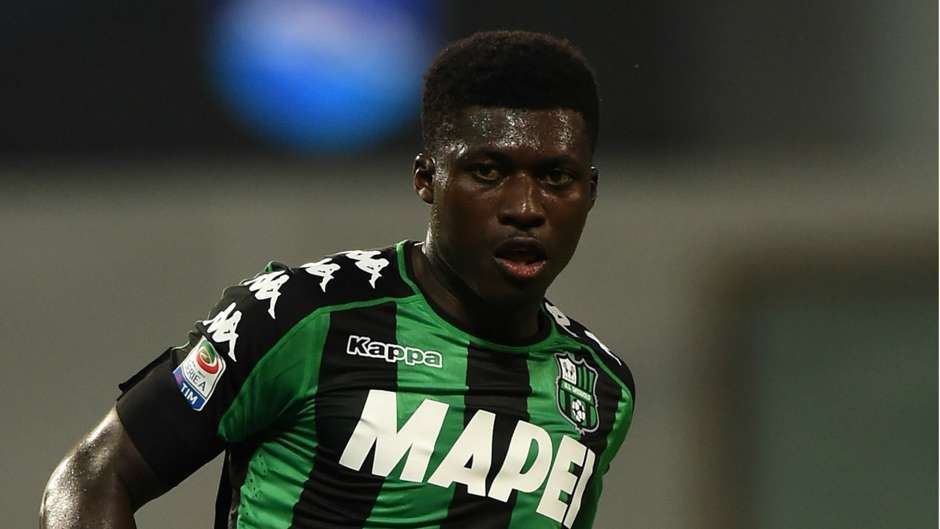 SS Napoli have stepped up their pursuit of Sassuolo star Alfred Duncan with a view to securing the 26-year-old in the on-going summer transfer window.

Duncan, who was instrumental for Sassuolo during the 2018/19 Italian Serie A has been earmarked as a replacement for PSG target Allan Marques.

Following his outstanding performance for the Neroverdi, he has attracted interest from several clubs.

According to reports emerging from Naples, the Sky Blue lads believe the Duncan is the natural replacement for Brazil international Allan, who is reported to be edging closer to French Ligue 1 champions Paris Saints Germain.

Carlo Ancelotti is believed to be a keen admirer of the Ghanaian defensive midfielder. The former Real Madrid tactician is reported to have been impressed with Duncan's pace and physicality in the middle of the park and is ready to bring him to the San Paolo.

However, Napoli will have to fork out €16-18 million for the services of the former Inter Milan youth product.

Despite his defensive position last term, Duncan managed 4 assists and 5 goals in 28 appearances for the side.

He has a contract with the Mapei Stadium club until 2020.

He was left out of Ghana's 23-man squad for the forthcoming Africa Cup of Nations in Egypt due to injury.