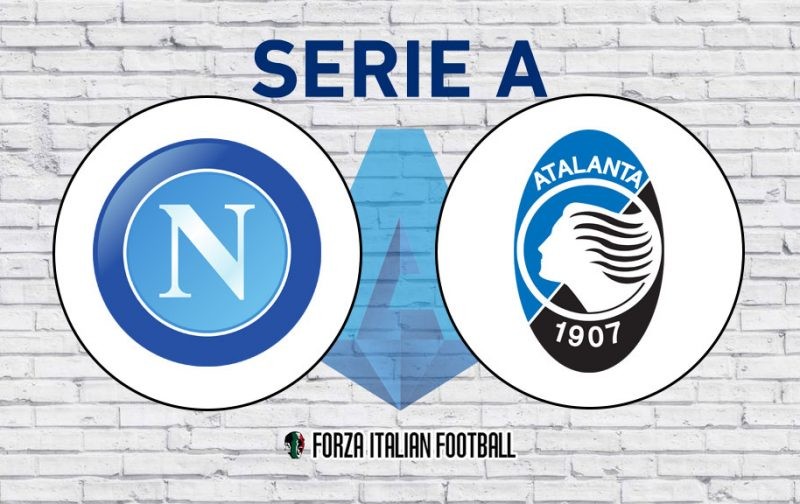 Atalanta aim to continue their fantastic start to the new season when they travel south to face Napoli on Saturday afternoon (kick-off 15:00).

– Atalanta are unbeaten in three Serie A games against Napoli (W2 D1), while the last time they went four unbeaten against the Partenopei was in December 2007 (seven).

– In the last seven Serie A games played in Campania between Napoli and Atalanta the same result has never been repeated twice in a row: three wins for the Partenopei, two for the Nerazzurri and two draws.

– For the first time in their Serie A history, Napoli have scored at least eight goals in the first two matchdays – the Partenopei could win their first three games to a season in the competition for the fourth time in the 21st century (the first since 2017/18).

– Napoli are unbeaten in eight Serie A home games in a row, thanks to seven wins and one draw, after having collected only five points in the previous eight (W1 D2 L5).

– Atalanta have won their first three Serie A league games of the season for the first time in their history – their best points total after four matches is 10 points (in 2000/01 and 2011/12).

– Atalanta are the first team in Serie A history to have scored at least four goals in each of their first three league games to a season; the last side to achieve this in the top five European leagues were Real Madrid in 1987/88. In general, the last Serie A team to score four goals in four games in a row were Juventus in 1950.

– Atalanta have scored 10 goals in the first half of matches this season, at least three more than any other team in the top five European leagues. Indeed, no team has scored more than Napoli in the second half of matches (seven, as Sassuolo).

– Napoli’s Andrea Petagna has scored five goals against Atalanta, more than against any other Serie A team. Atalanta are also his former side, where he scored nine goals in 63 league appearances.

– Tiemoué Bakayoko could become the third French player to find the net with Napoli in Serie A, after Laurent Blanc and Alain Boghossian.

– Alejandro Gómez has scored in each of his last three league games for Atalanta; the Argentinian has never scored in four consecutive Serie A games – his last goal in the competition against Napoli came in December 2015.