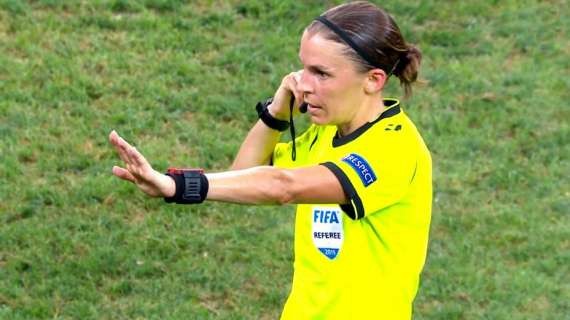 Today it is the opening day for Euro 2020. The first game will be played in Roma at Stadio Olimpico and Italy will face Turkey The other two national teams of Group A are Wales and Switzerland that will play on Saturday. This game will be history because of many things but specially because it will be the first time one of the officials (4th man in this case) will be the french Stephanie Frappart as Derek Rae, lead ESPN Bundesliga commentator, reports;

Dutchman Danny Makkelie handed the honour of refereeing the #EURO2020 opener in Rome.
Stephanie Frappart of France becomes the first woman official to be involved in a Euros (finals) match. She will be the 4th official for this one. #TURITA