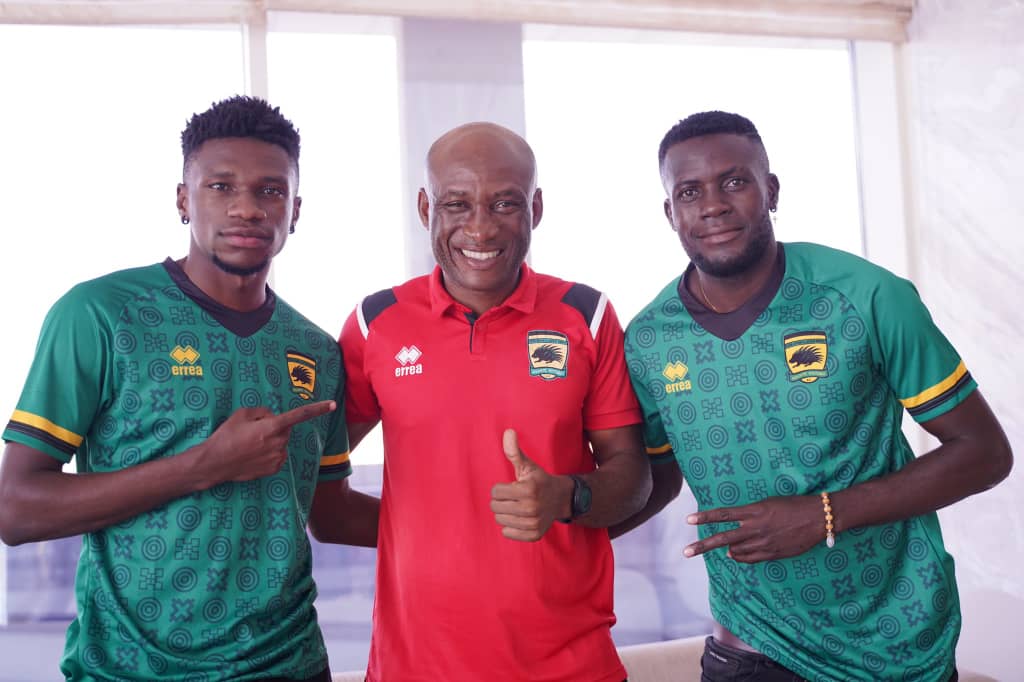 The duo completed their moves to Kotoko last week after signing a three-year contract each.

Mfegue is joining the Porcupines from Avion Academy FC where he finished last season as the second top scorer.

The 24-year-old scored 10 goals in the Cameroonian top-flight last term.

The highly-rated player has 26 goals for Avion across three seasons in the Cameroonian league.

Etouga is joining Kotoko from AS Fortuna de Mfou in the Cameroon Elite One League.

The two strikers are expected to begin training with their new teammates from Tuesday.

The Porcupine Warriors have pitched camp in the United Arab Emirates as they continue preparations ahead of the new season.

The Ghana Premier League will kick start on 29 October 2021.