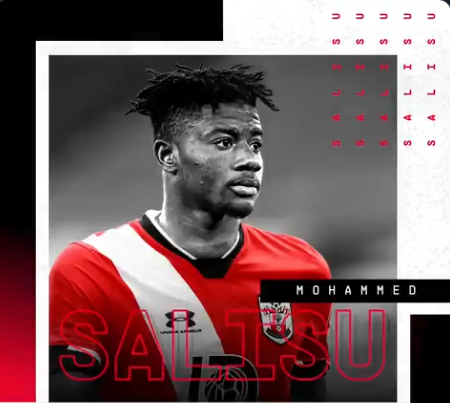 Ghanaian defender Mohammed Salisu was unveiled by Southampton FC on Wednesday but he was presented without a shirt number ahead of next season.

The 21-year-old penned signed a four-year deal at St Mary’s, becoming the second player to arrive at the club in the on-going summer transfer window.

The Real Valladolid defender was chased by several top European clubs due to his impressive debut season in the Spanish La Liga, however, he opted to join the Saints.

One of the most highly-regarded young centre backs playing in Europe right now, Salisu moved to Spanish top-flight side Valladolid from his homeland in 2017, first establishing himself in their second side, before quickly progressing into a key member of the first-team.

He featured twice in the club’s Copa del Rey campaign in the 2018/19 season before becoming a regular in the 2019/20 campaign, making 32 appearances across all competitions, helping them to a notable improvement in their defensive record and also to a respectable 13th-placed finish.

Salisu wore the jersey No.27 shirt for Real Valladolid but Will Smallbone currently has that shirt and has just signed a new contract until 2024.