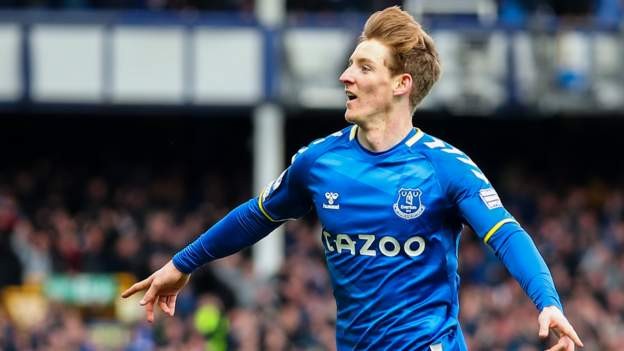 Newcastle are interested in forward Anthony Gordon - but his club Everton have no intention of selling.

Everton boss Frank Lampard has said the England under-21 international, who helped the club avoid relegation last season, is a "dream to work with".

Having sold Richarlison to Tottenham for £55m last Friday, Everton are keen not to lose a second key player.

It is understood there has been no bid for Everton academy graduate Gordon, who signed a five-year deal in 2020.

But Newcastle are hoping to add further attacking options to their squad after a deal for Reims forward Hugo Ekitike fell through.

They have also been linked with Bayer Leverkusen winger Moussa Diaby, but the France international and Gordon are one of several targets manager Eddie Howe has identified.

Howe is keen to boost his forward line after Callum Wilson was injured for the second half of last season. He has already signed defenders Sven Botman from Lille and Matt Targett from Aston Villa, plus former Burnley goalkeeper Nick Pope this summer.