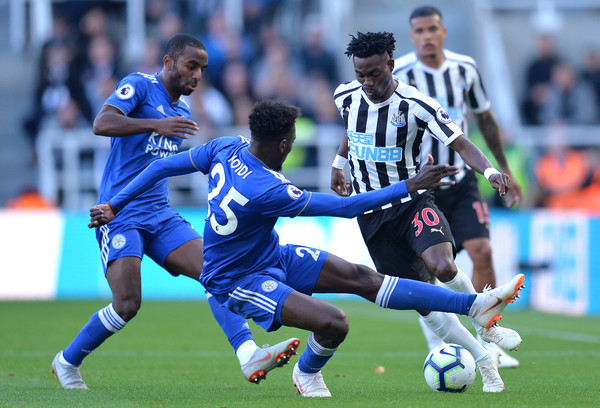 Ghana's Winger Christian Atsu says Newcastle United supporters are yet to see the best of him.

The winger has spent three years at St. James' Park, but he believes his body hasn't been 100 per cent.

Atsu said: "The biggest thing for me this season is to be consistent. I have had some good performances with Newcastle, but I know that I need to start being more consistent and keeping my standards at the same level right through the season.

"That's probably what has held me back in my time at Newcastle so far – I haven't been consistent enough – and I'm working as hard as I can to try to improve that.

"I think this is going to be an important season for me. I have been here for four years now.

"I've had some good times and played some good games, but I still don't really think people have been able to see the best of me, certainly not on a consistent basis."

The 27-year-old has 53 appearances for Newcastle with 3 goals, he began his career with Porto, Isigned by Chelsea in 2013 for £3.5 million, who subsequently loaned him to Vitesse Arnhem, Everton, AFC Bournemouth and Málaga.

After spending the 2016–17 season on loan at Newcastle United, he completed a permanent transfer to the club in May 2017.