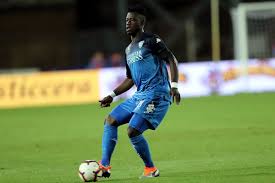 Newcastle United have expressed interest in signing Ghanaian midfielder Afriyie Acquah in the on-going summer transfer window, according to a leading source at St James Park.

Footballghana.com understands that Steve Bruce has asked for time to consider the interest of the departing Rafa Benitez group in the player and a decision on bidding for the 27-year could be finalised next week.

Acquah, we understand, had been shortlisted by Benitez as a top summer transfer target prior to the end of last season.

The defensive midfielder spent the season on loan at Serie A slide Empoli and was one of Ghana’s brightest stars at the 2019 Africa Cup of Nations.

With Steve Bruce’s love of tough players and Newcastle’s shoestring budget apparent, the Magpies’ decision on Acquah will be popular as the midfield could cost under £5 million.

Interest in the powerful midfielder has been rife but a decision on his next club is still undecided.