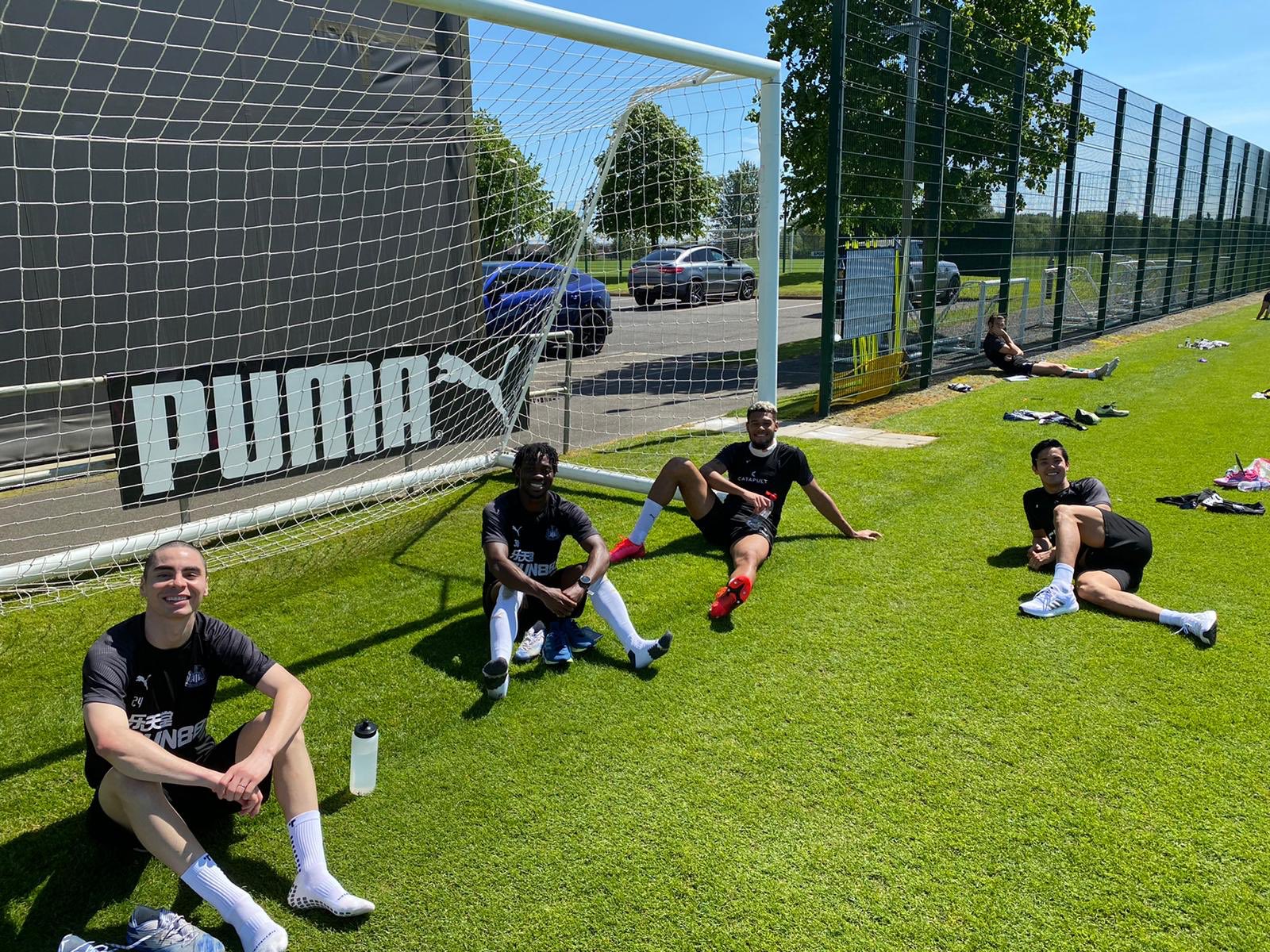 Newcastle United fans have reacted to a tweet from Ghanaian winger Christian Atsu as he posted an image of himself after returning to training.

The 28-year-old underwent a COVID-19 test and came out negative before making it to the Darsley Park.

Atsu and his teammates trained in smaller groups as they continued phase one of the Premier League’s Return to Training protocol with staggered sessions at their training complex, while observing social distancing at all times.

The former Everton ace became the third Ghanaian in the Premier League to start training after Crystal Palace duo Jordan Ayew and Jeffrey Schlupp began their session on Wednesday.

The Magpies have intensified preparations ahead of league resumption in June.

Below are some reactions from Newcastle United fans who responded to a tweet from Atsu, with one fan asking whether seemingly outgoing owner Mike Ashley has already left given how happy the players seem: