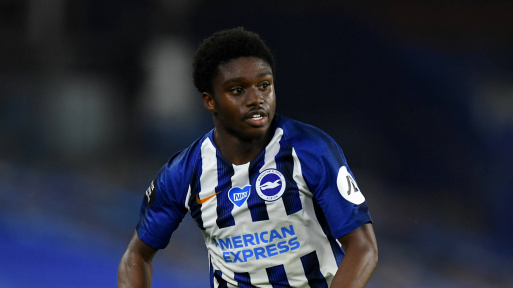 After joining the Seagulls in January of last year, the former Chelsea prospect has made an impression at the Amex Stadium under Graham Potter.

Lamptey has only made 11 appearances for Brighton this season due to injuries, although he did put up an outstanding performance in the 3-0 win at St James' Park in September.

The winger has not played since December 16, when he sustained a season-ending hamstring injury that needed surgery in March.

These early-season displays prompted Brighton to sign Lamptey to a new long-term deal, with the 20-year-old now committed to the club until 2025.

Tottenham, despite the long-term contract and injury worries, has shown an interest in a summer move.

Jacob Murphy has made the right back position his own at United in recent months, with Emil Krafth and Javi Manquillo also competing for it.

However, in response to rumors of Tottenham's interest in Lamptey, Magpies veteran Warren Barton has pushed his former club to make their own bid for the 20-year-old.

He posted: "We should get him."