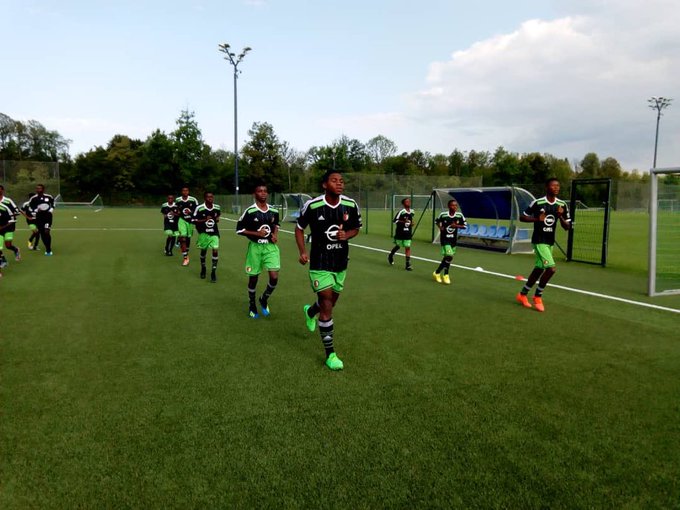 The U-16 team of West Africa Football Academy (WAFA) has progressed to the finals of the Next Generation Trophy Championship after beating the youth team of Schalke O4 3-0.

The u-16 teams of both clubs locked horns in the semi-finals of the champions in hopes of making it to the final on Friday.

At the end of an exciting encounter though, it is the Ghanaian side that reigned supreme to demolish their opponent with an emphatic 3-0 win to secure a spot in the grand finale.

The WAFA U-16 team has been on fire since the start of the competition and even managed to beat Benfica 4-2 in a pulsating quarter-finals clash.

This is the second consecutive year the Sogakope based club has reached the final of the Next Generation Trophy Champions. They are targeting a win in the youth tournament which is currently ongoing in Austria.

We are in a second consecutive final after winning two matches today.

In the quarter-final clash against @SLBenfica we won 4-2.

The final is tomorrow Saturday. pic.twitter.com/h1xwigN3d8