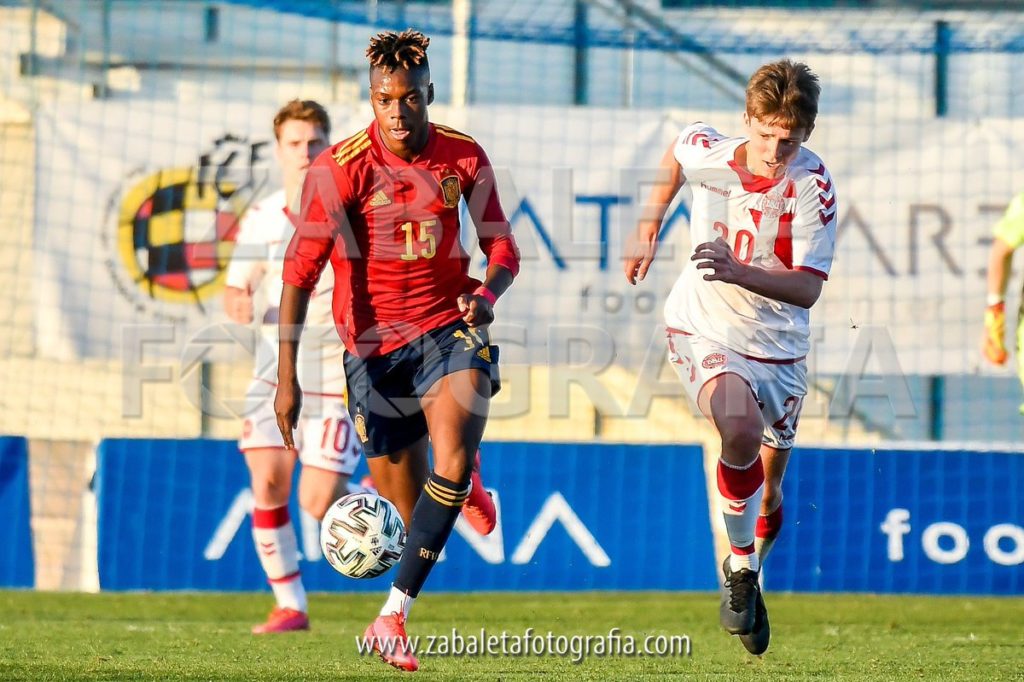 Nicholas Williams, the younger brother of Spanish international of Ghanaian descent Inaki Williams has been tipped for a great future by the head coach of the Spain u-17 team, David Gordo.

The teenager is playing his football with Atletico Bilbao just like his brother. While Inaki plays with the senior team, Nicholas is with the youth team where he is making all sorts of waves.

According to Spain’s U-17 coach Gordo who has coach the 17-year-old, he sees him doing great things in the future with the quality he possesses.

“It would be a very good couple. Athletico’s style of play would do them a lot of good”, Coach David Gordo answered when he asked about a possible pairing of the Inaki brothers at Atletico Bilbao while speaking to newspaper As. Goals.

On the qualities of Nicholas Inaki, the Spanish gaffer said, “He is very powerful, with a speed to do a lot of damage to rivals.

“He has good physical characteristics which is very similar to his brother and then technically not bad at all.

“He is 17 years old and must continue to improve, but I promise him a great future",