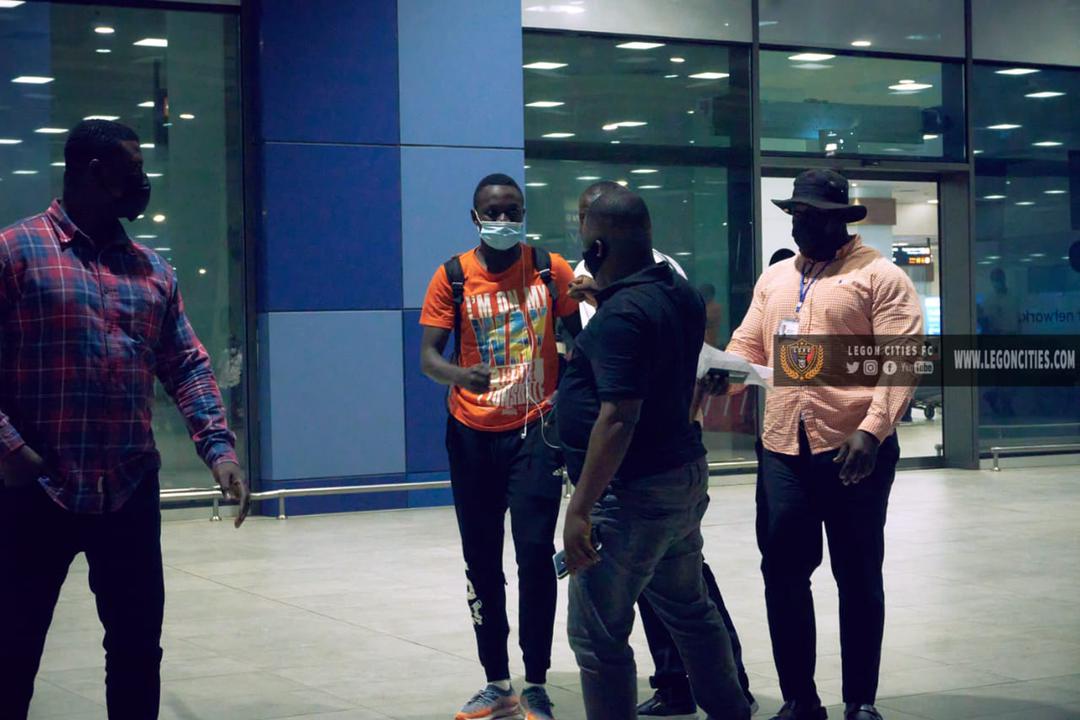 Nigerien striker, Victorien Adebayor has arrived in Ghana to complete his loan move to Legon Cities.

The former Inter Allies forward is joining The Royals from Danish side, HB Køge.

The Danish side reported last week that the club has reached an agreement to loan out Adebayor to the Ghana Premier League side.

Adebayor, 24, arrived in the country in the early hours of Friday and was met at the Kotoka international airport by officials of Legon Cities as the club seeks to find ways to avoid relegation following a slow start to the season.

The 24-year-old was a huge figure in the domestic top flight after netting 23 goals in 27 games for Inter Allies during his two-year stint with the Club.

He was the top scorer in the truncated League last season.

Hearts of Oak Aduana Stars were interested in the budding forward.

Legon Cities are currently sitting 15th on the log with 19 points, two points above safety.