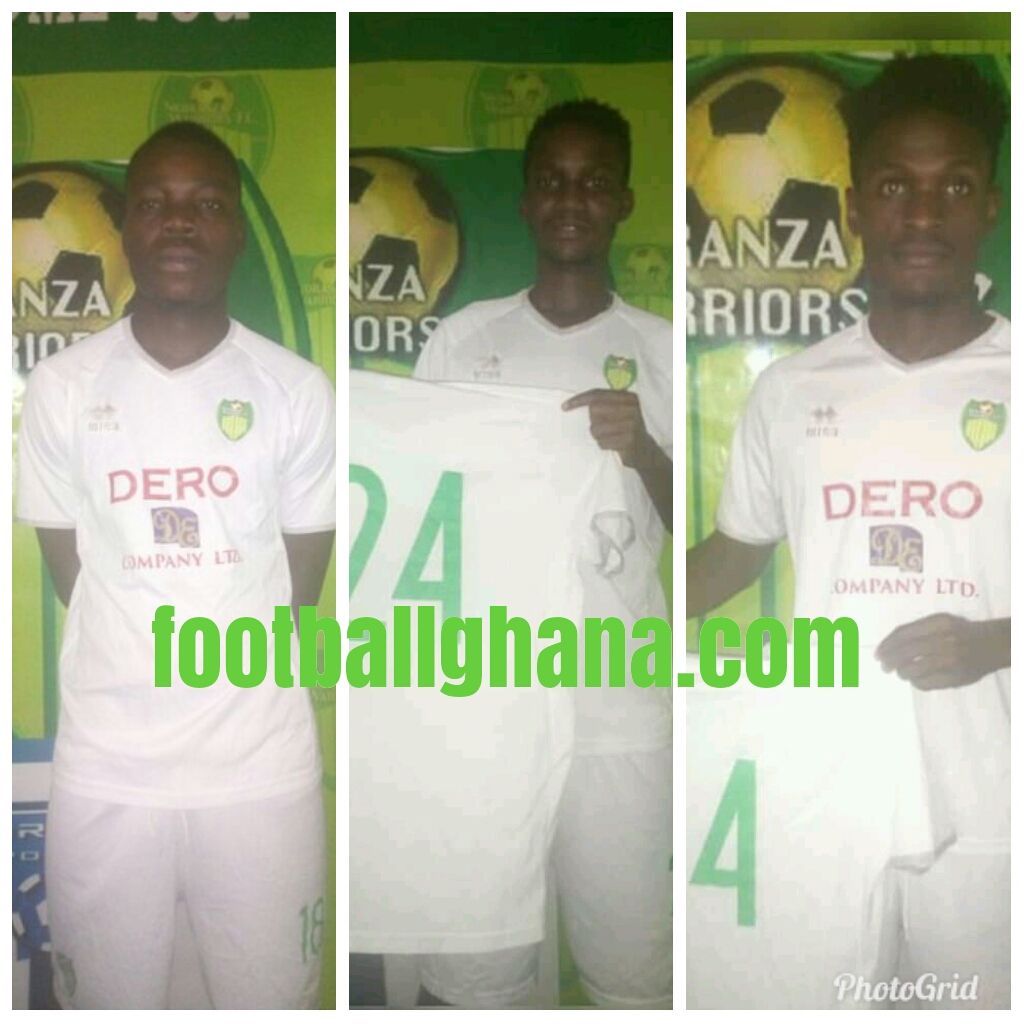 Ghana's second tier side Nkoranza Warriors SC have the completed the signing of three Ghanaian players ahead of a new season.

The Nkoranza based outfit signed the trio after passing their mandatory medical and completing the formalities at the club Secretariat on Friday.

Among the three players, two played in the Division before switching camp whiles the other played with a Premiership outfit.

He's just 20-years-old and full of potential. He signed a three-year contract which will end in 2021 season.

Ballack will be wearing the jersey number 24 for the Warriors Sporting Club.

22-year-old James Opoku Nyimfah is a product of Bechem United (Premiership club). He has penned a three year deal with jersey number 14.

Opoku is a central defender and is set to augment the backline of the outfit when the new season begins.

Third signing was a loanee, Adam Abubakar from Berekum Arsenals. He operates as a striker with both feet working to perfection. His stay with the club is just a season long loan with an option to buy based on performance.

Adam will wear jersey number 18 for the side.

"OFFICIAL: We are happy to announce to you that, we have successfully sign Michael Awutey Ballack, a 20-year-old midfielder. He has signed a three-year-deal". James Opoku Nyimfah, a 22-year-old defender, who plays as a centre back and recently played for Bechem United has also joined the side.He has signed a three-year-deal", club statement reads.

"We are happy to announce to you that, @NkzwarriorsSC have succesfully sign Adam Abubakar, a 20-year-old striker who plays as a centre forward from Berekum Arsenals. He joins on loan, with an option to buy and shall wear Jersey number 18.