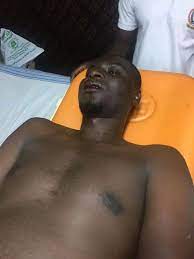 The management of Dreams FC have released a statement disclosing that supports were not involved in the brawl that happened after their game against Berekum Chelsea.

The team in Dawu on Sunday afternoon lost to the Blues in their Matchday 32 encounter of the Ghana Premier League season staged at the Theatre of Dreams.

In events that unfolded subsequently, there was a brawl that has left Berekum Chelsea assistant coach Abdul Hanan-Abu hospitalized.

While reports suggested that fans of Dreams FC attacked and beat up the coach mercilessly, the management of the home team has today released a statement to clarify the issues.

According to the club, no supporter was involved in the incident.

The statement reveals that head coach Vladislav Viric and coach Abdul Hanan-Abu had an argument that resisted in trading of blows.

Below is the statement from Dreams FC: 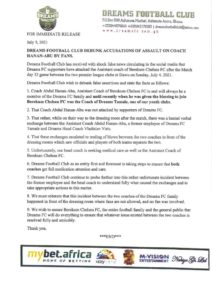