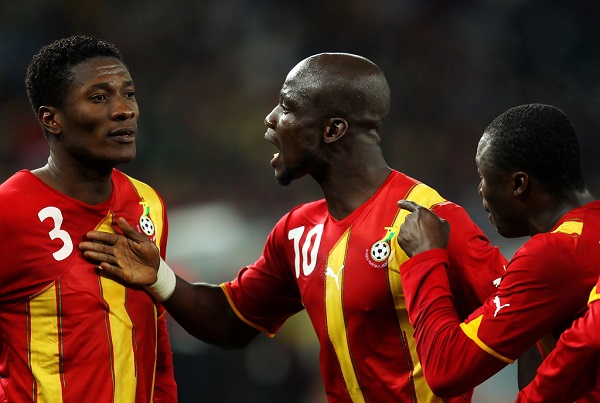 Tom Vernon, the owner of Danish side Nordsjaelland, has written an open letter encouraging African countries to boycott the FIFA World Cup in an effort to push the Black Lives Matter campaign.

Vernon has an academy in Ghana dubbed 'Right to Dream' which gives chances to promising Ghanaian footballers to develop.

Read the open letter below:

Some things are too big to see. We can’t retreat far enough to hold them fully in view, and therefore they seem like they are the whole world, everything, the only reality.

So it is with structural racism within football; not bananas being thrown on pitches or banners flown over the Etihad, abhorrent and cowardly as these actions are at least we can see them and see the perpetrators for what they are. Structural racism is the racism we don’t see.

The racism that makes a white policeman think that he can murder a black man with his knee in broad daylight or shooting him in the back and get away with it.

To try and see these structures more clearly, we can take a few steps back in time.

16 teams participated in a football tournament in England in the summer of 1966, five were from Latin America (Brazil, Mexico, Argentina, Chile and Uruguay), ten were from Europe (England, Bulgaria, France, West Germany, Portugal, Spain, Switzerland, The Soviet Union, Italy and Hungary) and North Korea represented the rest of the world. Asia/Africa/Oceania had one spot.

Kwame Nkrumah instigated the idea for African teams to boycott this charade, partly because of the ludicrous unfairness of the qualification system and partly because of FIFA’s inability to decide whether or not to suspend apartheid South Africa’s membership (they didn’t, then they did, then they didn’t for a bit longer until finally they did), which says a lot about the organisation’s moral courage at the time.

We would like to think that things have changed radically in the intervening 54 years, that football has become fairer and more just and that the World Cup has become a truly representative celebration of our game.

We would be wrong. Like Eusebio many of Africa’s greatest sons still play for foreign nations and the structurally racist exclusionary model is in full force.

The qualifying structures that have been put in place are still based on the colonial outlook of the 1960s. They keep European nations firmly at the top of the footballing pyramid. In Europe 55 teams are competing for 13 places at the next World Cup. In Africa 54 teams are competing for just 5. “European teams are better” come the indignant cries. Why are they better? Money.

Money gleaned well in to the second half of the twentieth century from direct exploitation of Africa - when Pele was playing in his first World Cup Final, over 90% of Sub-Saharan Africa was owned, was possessed, by European nations.

European nations have used wealth gained through the enslavement and exploitation of Africa to improve every part of their cultural and sporting lives, yet they still give themselves almost three times more places at the World Cup than they give to Africa.

Every time we allow this inequity, we hammer further into place all the injustices of the past. Injustices that have caused Denmark to have a better national side than Malawi and Belgium to have played at 13 World Cups whilst the DRC has played at 1.

We are told that we are all part of the football family. In a loving and trusting family, the kind of families we all aspire to be part of, no one is undervalued or exploited or taken advantage of. A family that sees some members as second class is not a family at all. If football were a true family resources and opportunities would be shared equally.

Africa would be properly represented at the World Cup and FIFA would play its part in redressing injustices visited by European nations upon Africa and pay reparations to their football associations. But we are not a family, the idea of the “football family” is merely an utterly cynical, morally bankrupt marketing tool.

In 1966 African nations took a stand against the structures that were holding them back: apartheid and a colonial qualification system.

In 2022 will football take a stand to achieve equal participation, take reparative action for the injustice of the past 100 years in football and remove the obstacles to future opportunity through a three-point plan:

-      No African players (or players of African descent) will participate in the World Cup 2022 until Africa have the 13 slots enjoyed by Europe for so many decades.

-      An independent black managed reparatory fund will be established, financed, but not administered, by FIFA to put in place the structures in African and Caribbean football that allow development of the game to world class standards. The seed fund will be 80% of FIFA cash reserves equating to $2.2 billion.

-      A 2% tax on turnover will be placed on every European and North American professional club as well as a 20% tax on national associations as reparation and to level the playing field in the long term. This will exclusively fund the creation of opportunity in football for people of colour.

Football is a reflection of humanity’s soul. Its current construct reflects the structurally racist planet we live in. African Football must take the lead in compensating for the injustice of the old system and achieving equal representation.