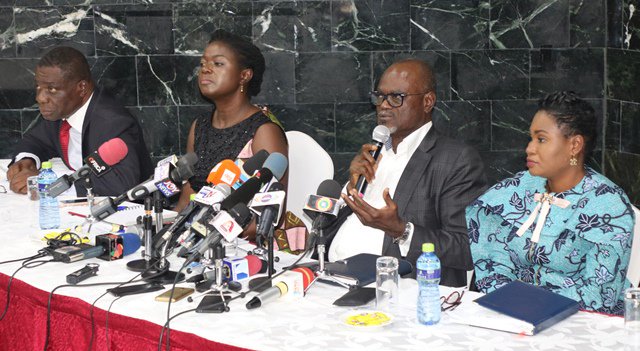 Football stakeholder, AD Sport International has threatened to proceed to court should Federation of International Football Association (FIFA) extend the tenure of Ghana FA Normalization Committee, having failed football lovers in the country for half a year.

In a petition to FIFA, AD Sports International

cautioned the world governing football body, to take into consideration the welfare of the players and the betterment of the game else harvest court action.

"Having been a stakeholder in Ghana Football for the past 20 years and still counting, it will be disastrous for Ghana football if FIFA decides to extend the Normalization Committee mandate for even two more hours"I will be left with no option that to proceed to court".

The CEO of AD Sports International Micheal Adamafio in the petition to FIFA indicated that the fact of the Normalization Committee member, Duah Adonteng replaced by ex-Black star defender Samuel Osei Kuffour is a clear indication of how woeful they have failed the country. Adding that Armando Perez, who was appointed chairman of the Argentine Normalization Committee did not stop the league when Normalization committee was set for Argentina by FIFA when they faced such problems, rather continued the league despite difficulties they encountered.

The decision to redraw Ghana's representative in CAF Inter-club competition showed how Ghana's FA Normalization Committee are horrendous in their decisions.

"I humble request FIFA to end the NC mandate on the said date to avoid any legal action".

The Normalization Committee has being in office since September last year with a mandate of bringing back football to Normalcy and organising a new election.However, that is yet to happen since no sign of positives has being shown.