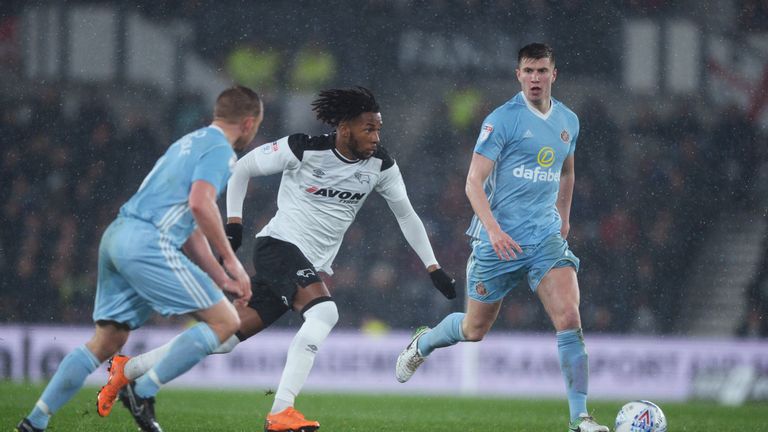 Norwich are expected to step up their search for a creative midfielder later this week with a bid for Chelsea’s Kasey Palmer, Sky Sports News understands.

Palmer spent the first half of last season on loan at Huddersfield before joining Derby on loan in January after being unable to secure a regular place in David Wagner's starting line-up.

He made 16 appearances for Derby, scoring two goals, to help them reach the Sky Bet Championship play-offs where they lost to Fulham.

The 21-year old had played a key role in Huddersfield's promotion to the Premier League in the 2016/17 season, scoring five goals in 27 appearances.

Norwich are looking for a replacement for James Maddison, who they sold to Leicester for £24m last week.