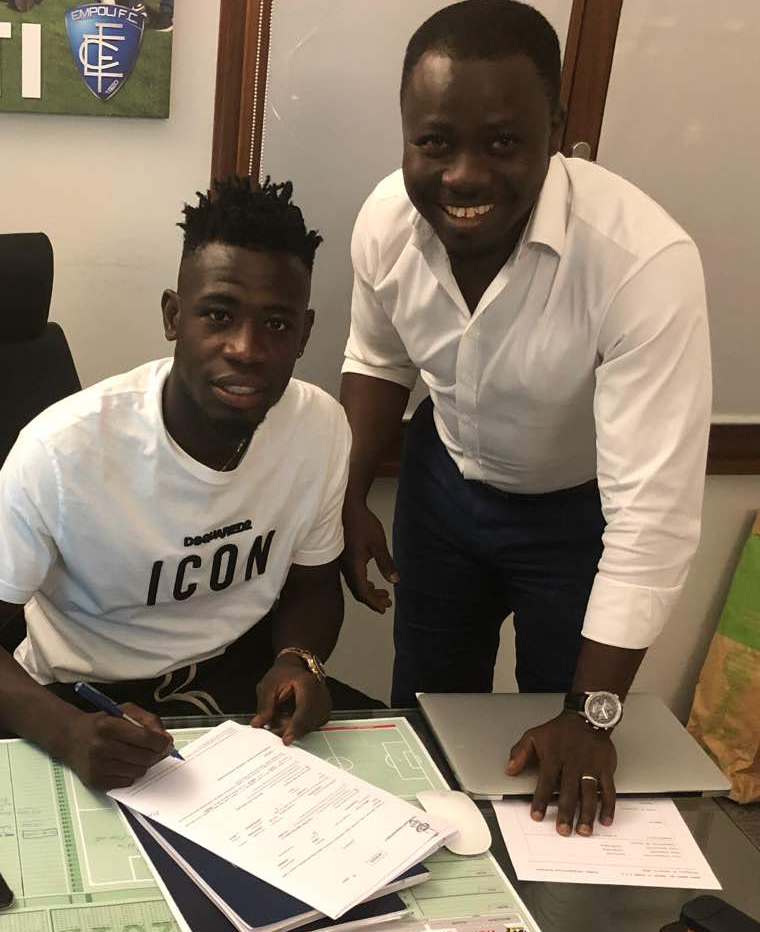 Ghana midfielder Afriyie Acquah has joined Empoli from Torino on a season-long loan.

The deal has been announced by the player's management company ArthurLegacy.

Acquah has been playing with Torino since 2015 and his contract was due to expire next summer.

The hardworking midfielder will be player for his fourth Serie A club after representing Palermo, Sampdoria and Parma.

Torino are reported to have pocketed a loan fee as compensation believed to be in excess of €1,000,000.

Acquah was willing to extend his beyond summer 2019 but ,Torino offered what the player believed was a no improved contract to keep him at the Stadio Olimpico Grande.