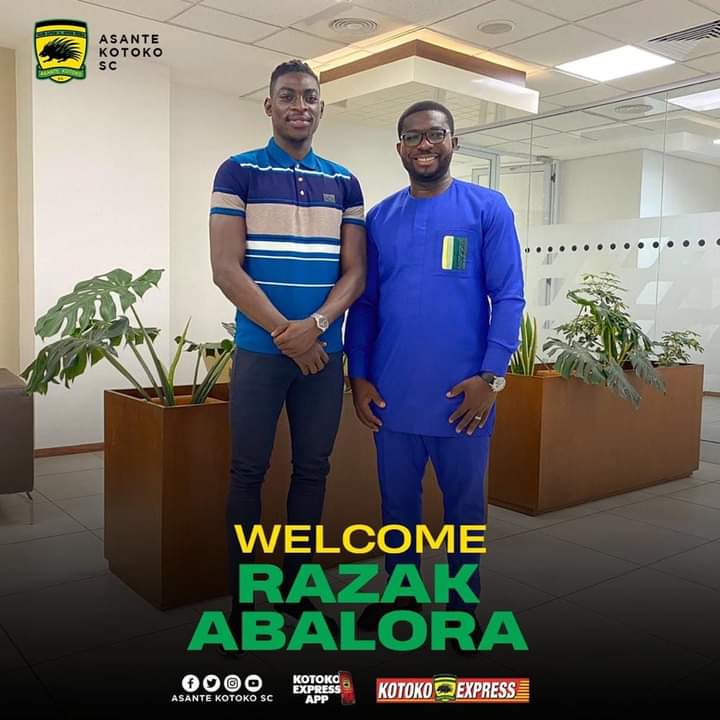 Asante Kotoko have confirmed the signing of goalkeeper Razak Abalora on a three-year deal.

The 24-year-old has been unattached after ending his three-year stay with Tanzanian club Azam FC in July after rejecting a contract extension talks with the club.

Abalora will compete with Kwame Baah and Felix Annan.

Meanwhile, the Porcupine Warriors has shipped out Danlad Ibrahim, who is a goalkeeper to loan to Berekum Chelsea.

The former WAFA shot-stopper has been one of Ghana’s brightest talents and will provide much competition for Coach Maxwell Konadu’s side.

Asante Kotoko are currently camped in Koforidua where they are preparing for the new season.

Abalora was in post when the Black Stars of Ghana recorded a 5-1 heavy win over Qatar in an international friendly staged in Turkey on Monday.

Kotoko will represent Ghana in the 2022/21 Caf Champions League.