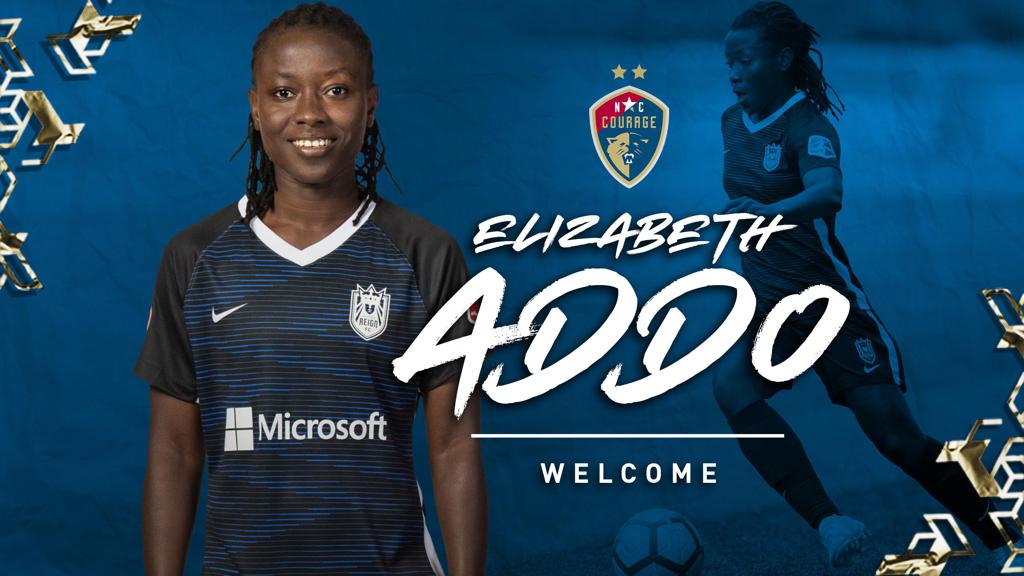 Footballghana.com can report that Captain for the Black Queens of Ghana, Elizabeth Addo has joined American outfit North Carolina Courage

The exciting midfielder last season played her football in Cyprus with Apollon Ladies on the back of a successful spell in China with the Jiangsu Suning women’s team.

Today, Elizabeth Addo after fruitful talks with NC Courage has agreed to join the American club.

Your most trusted online portal can confirm that the Black Queens captain has signed a one-year deal with the club and could extend for another year if she manages to impress.

“The North Carolina Courage have signed Elizabeth Addo to a one-year contract with a one-year option, the team announced today. Addo is the captain of the Ghana Women’s National Team and played for the OL Reign (formerly Seattle Reign) during the 2018 season,” the club has announced today.

Elizabeth Addo, 27, in the past played for Ferencvárosi TC, Kvarnsvedens IK, Seattle Reign FC, and some others.