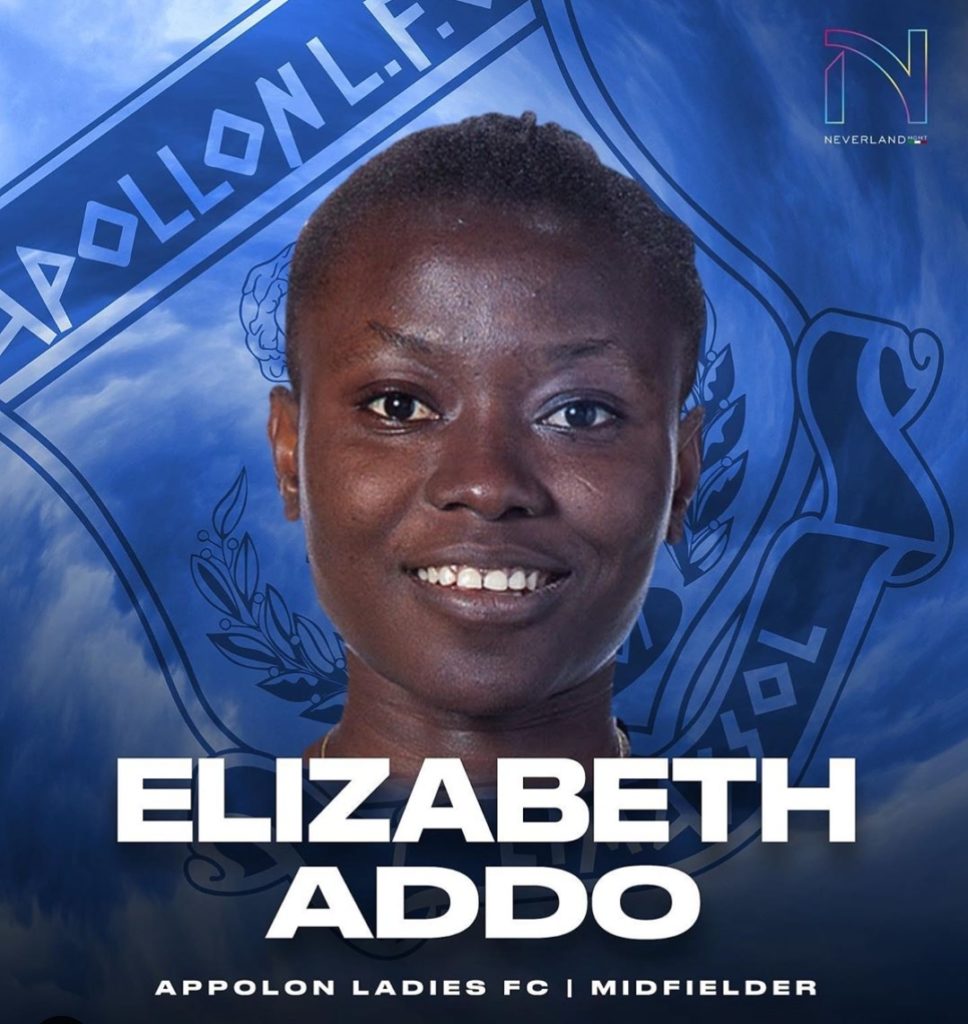 The club has been after the signature of the exciting attacking midfielder for a while now and has finally secured her services.

The 27-year old has signed for Apollon Ladies FC after ending her stay in Jiangsu Suning. She has inked a contract that will see her playing in Cypriot until December this year.

It is understood that is she manages to impress, she could be tied down to a longer deal afterward.

The Black Queens asset has in the past played for the likes of Ferencvarosi TC, Kvarnsvedens IK, River Angels FC, ŽFK Spartak Subotica, and a few others.

During her stay with Chinese side Jiangsu Sunning FC, Elizabeth Addo made a huge impression and helped the club to win 3 major trophies at the end of the season.