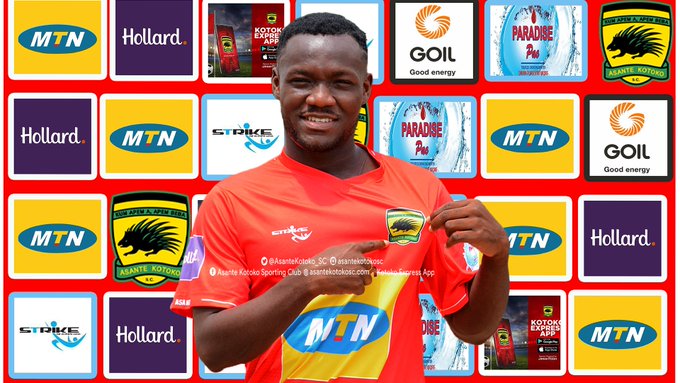 Asante Kotoko have completed the signing of Emmanuel Sarkodie after the former Nkoranza Warriors skipper penned a three-year deal.

The defensive midfielder, who captained lower-tier side Nkoranza Warriors over the last three years, arrives after undergoing a successful medical earlier on this week.

The midfielder is the club's first signing in the just-opened transfer window and the second player to be registered this term following the registration of striker, Kwame Opoku who was signed earlier.

Emmanuel Sarkodie hails from Abro Dunkwa but was born and bred in Kumasi. He was chased after by Aduana Stars, Hearts of Oak, Legon Cities and Eleven Wonders but opted to join us following our unparalleled record in the country and level in the African scene.

"I was born here in Kumasi and I grew up wishing to play for Kotoko," Sarkodie tells Kotoko Express App. "Coming here is like coming home to where it all started for me as a footballer as I was once a member of the Kotoko Youth Team."

"I am here to do my best to help the club achieve its goals. I believe in hard work and knows that I would not have come this far if I did not push myself. It is the same thing I am going to do here. Discipline and commitment to duty are my hallmarks and I would always give my hundred per cent for the shirt and the fans."