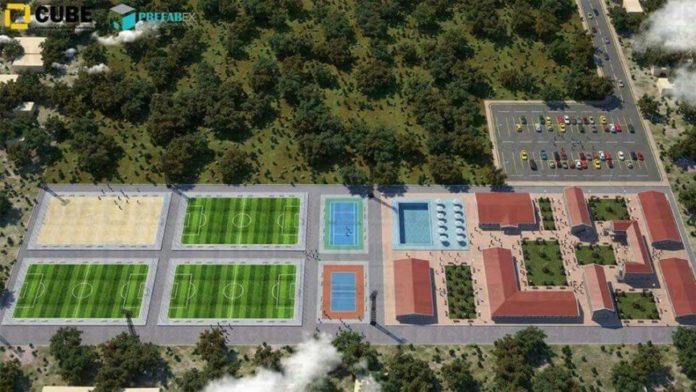 In a press release from the management of the Phobians on Monday, August 19, 2019, they have assured that the Turkish company was selected following a thorough process led by its Executive Board Chairman Togbe Afede XIV.

“The Board and Management of Accra Hearts of Oak Sporting Club are pleased to inform the general public, especially, Phobians that the club has selected Turkish Construction firm Prefabex Yapi Teknolojiller San Ve Tic Limited (STL) for the construction of the Pobiman Academy project”, a statement released and signed by communications director of the club, Opare Addo read.

The statement further shared that the details of the agreement will be revealed soon. Meanwhile, fans have been called on to continue supporting the club as they continue preparations for the upcoming season.

“The club will announce details of any agreement with a timetable in due course. We appeal all Phobians to continue to offer their unflinching support to the club as we prepare for the new football season”.

Below is the full statement from the club. 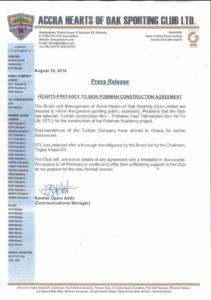