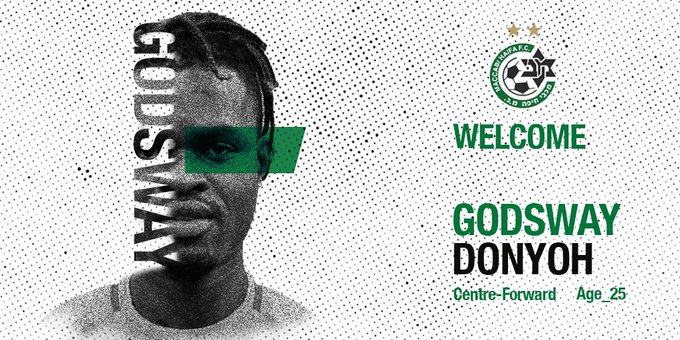 Israel side Maccabi Haifa have completed the signing of Ghanaian striker Godsway Donyoh from FC Nordsjaelland in the on-going summer transfer window.

The 25-year-old penned a deal with the club after successful negotiations and passing his mandatory medicals.

He spent the second half of the season on loan at German second-tier side Dynamo Dresden, where he made seven appearances and registered three assists.

Donyoh joined FC Nordsjælland in 2016 and made over 80 appearances, scoring 28 goals in the process.

The Ghanaian international has previously played for Manchester City U-18/U-21 after leaving Ghanaian side Right To Dream.

He is expected to play a key role for Maccabi Haifa, who have qualified for the play-off round of the 2020/21 Europa League, where they will face English Premier League giants Tottenham next week.