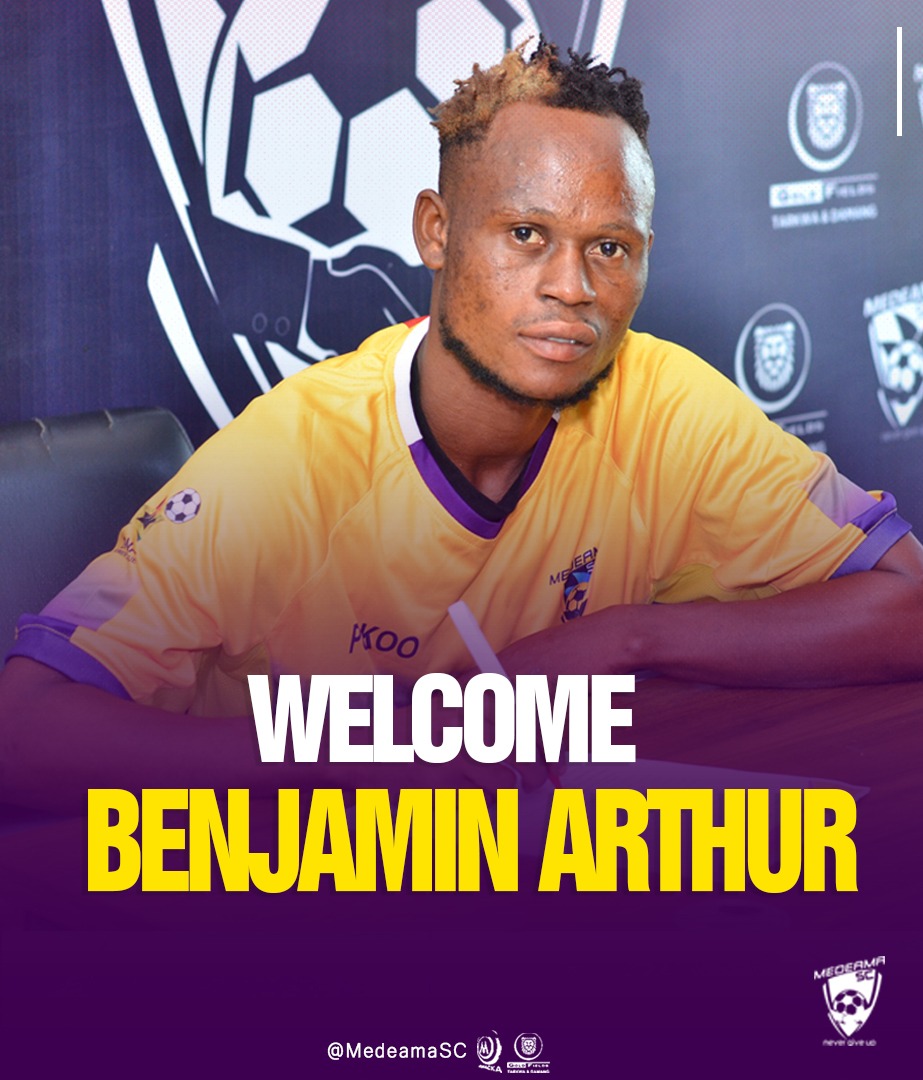 The Tarkwa-based club in the last few weeks have been looking at bringing in new acquisitions to bolster their squad for the 2020/2021 football season.

On the back of successful negotiations, Medeama SC has today sealed the signing of Benjamin Arthur.

“Medeama is delighted to confirm the signing of midfielder Benjamin Arthur on a permanent contract.

“Arthur, 27, has signed a two-year deal with the Mauve and Yellows after ending his stay at Elmina Sharks.

“He becomes the latest addition to the squad following the capture of winger Zakaria Mumuni,” a club statement on the website of Medeama SC has said.

Meanwhile, the club has also announced that they have sealed the signing of former Aduana Stars winger Zakaria Mumuni.