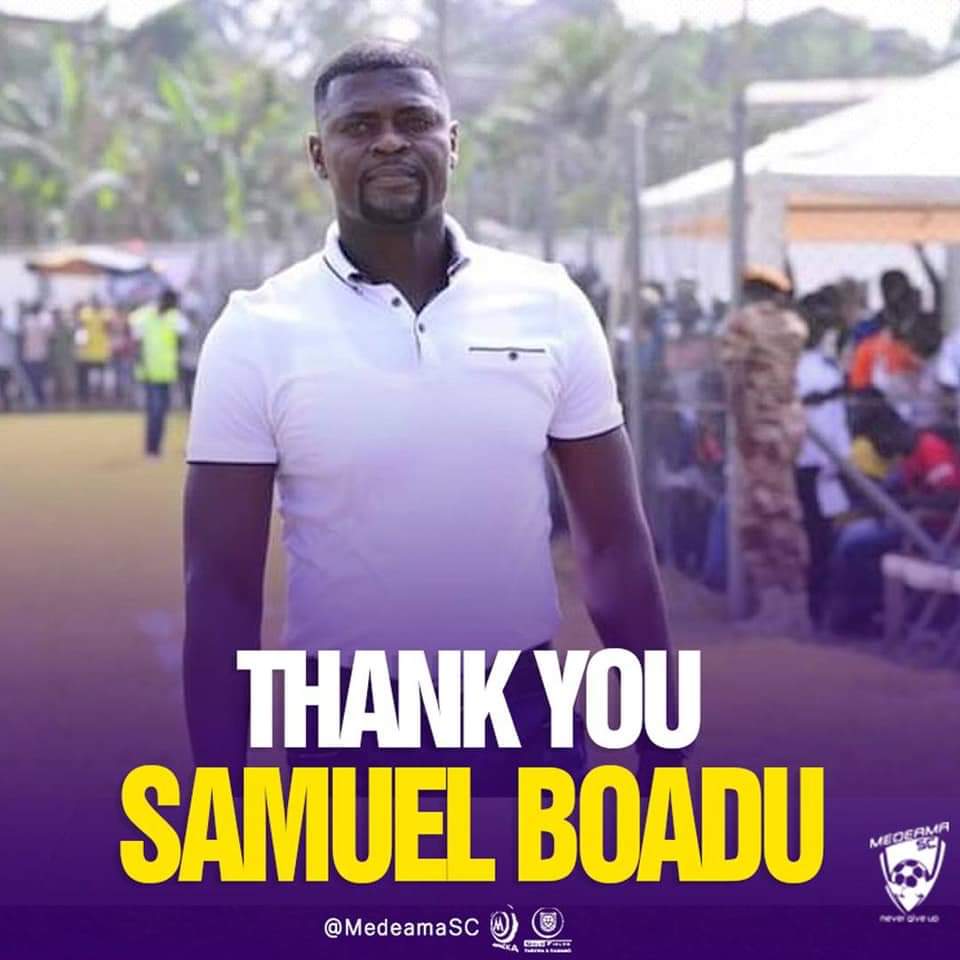 Samuel Boadu has officially resigned from his position as Medeama SC head coach, the Tarkwa based club have announced.

The enterprising gaffer tendered in his resignation after the team’s 2-0 victory over Eleven Wonders on Wednesday in the Ghana Premier League.

According to reports, the arrival of Seth Ablade as Technical director is not in good state with the deal and has left his position.

Samuel contract with the club is running out after three years stay with the club and has not entered negotiations for an extension.

He led the club to second position on the league log after 16 games.

“Coach Samuel Boadu has left the club. We will not be making any further comments," a club statement read.

It has been reported that Samuel Boadu is heading to Hearts of Oak.