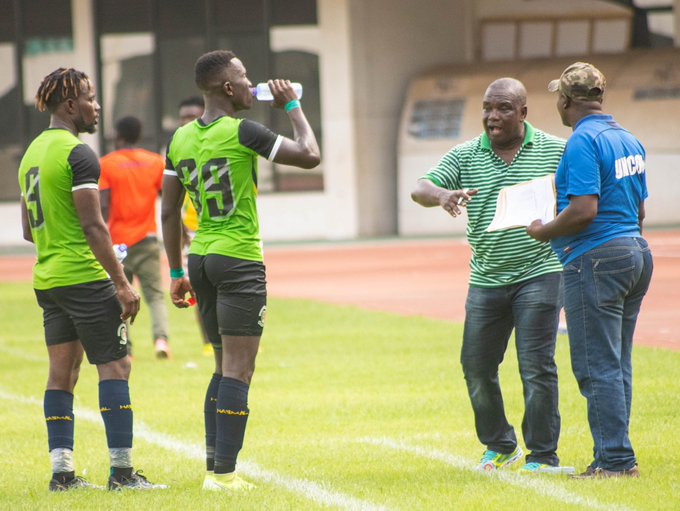 Division One League side Sekondi Hasaacas FC have parted ways with coach Benjamin Hayford ahead of the commence of the 2020/21 football season.

Hasaacas FC confirmed the his departure on their official website.

"Everyone at Hasaacas FC would like to thank Ben Hayford for his work during the time he spent at Sekondi Hasaacas FC and to wish him success in the future."

"Coach Joseph Agyemang will assume that post as the new caretaker head coach."

Coach Benjamin Hayford led the Hasmal side to the top four of the 2019/20 league season before the it was cancelled by the Ghana Football Association because of the coronavirus pandemic.