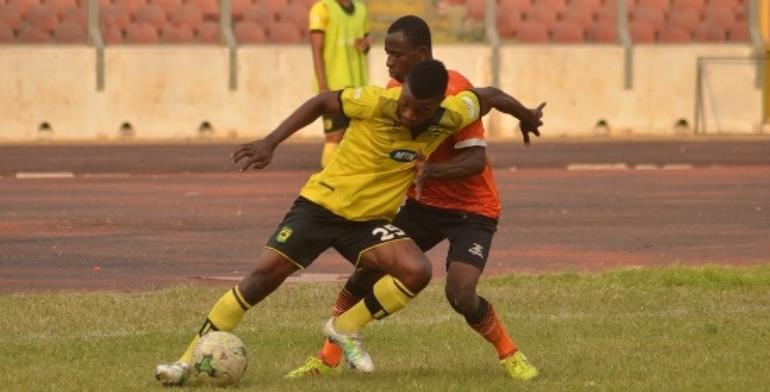 The midfielder has insisted he has no regrets leaving the Phobians three years ago to join their bitterest rivals.

Newly-signed Techiman Eleven Wonders winger Ollenu Ashitey has said that he has no regrets over his decision to leave Hearts of Oak to join Asante Kotoko.

Despite his brief stay at the club, the 25-year-old feels he did his best for the Porcupine Warriors.

After his unimpressive club performances, Ollenu spent only one season at Asante Kotoko.

“I left Hearts of Oak for Asante Kotoko because of the 'good money' they offered me. Life is all about money after God.”

He has been struggling to get back to his best after the Porcupine Warriors offloaded him in 2018.

Great Olympics terminated the contract of the 25-year-old following his poor performance at the club in the suspended 2019/20 Ghana Premier League season.

He joined Techiman Eleven Wonders on a free transfer last month with hopes of reviving his football career when the Ghana Premier League resumes after the COVID-19 pandemic.