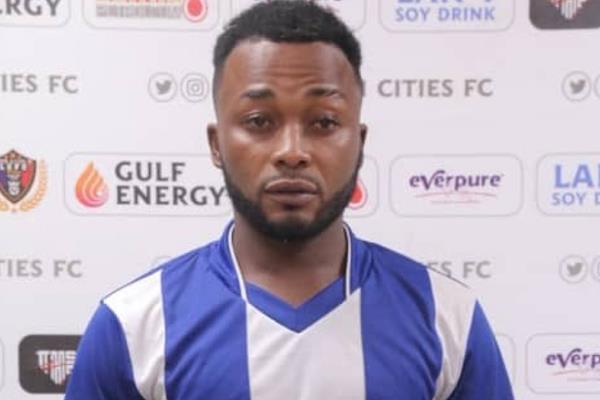 Great Olympics poster boy, Gladson Awako has noted that he will have no problem playing for Asante Kotoko although he has love for Accra Hearts of Oak.

The experienced attacking midfielder has been in top form since the 2020/2021 Ghana Premier League season commenced.

Having picked up as many as four ‘Man of the Match’ awards after eight matches into the ongoing season, Gladson Awako has established himself as the star of the Premier League.

With growing links with a possible move to Asante Kotoko, the attacker has indicated that he is open to playing for the team.

“I have always been a Hearts fan. Even when we were in the academy at Goldfields I supported Hearts. Playing for Kotoko won’t be an issue,” Gladson Awako said in an interview with Asempa FM.

The Olympics poster boy continued, “Emmanuel Osei Kufuor was a Kotoko fan but always excelled against them so I wouldn’t mind playing for them. If an offer comes and it is good for Olympics and myself, why not?.”

Meanwhile, Gladson Awako has left his doors open for a move to play abroad should any club express interest to secure his services from Great Olympics.