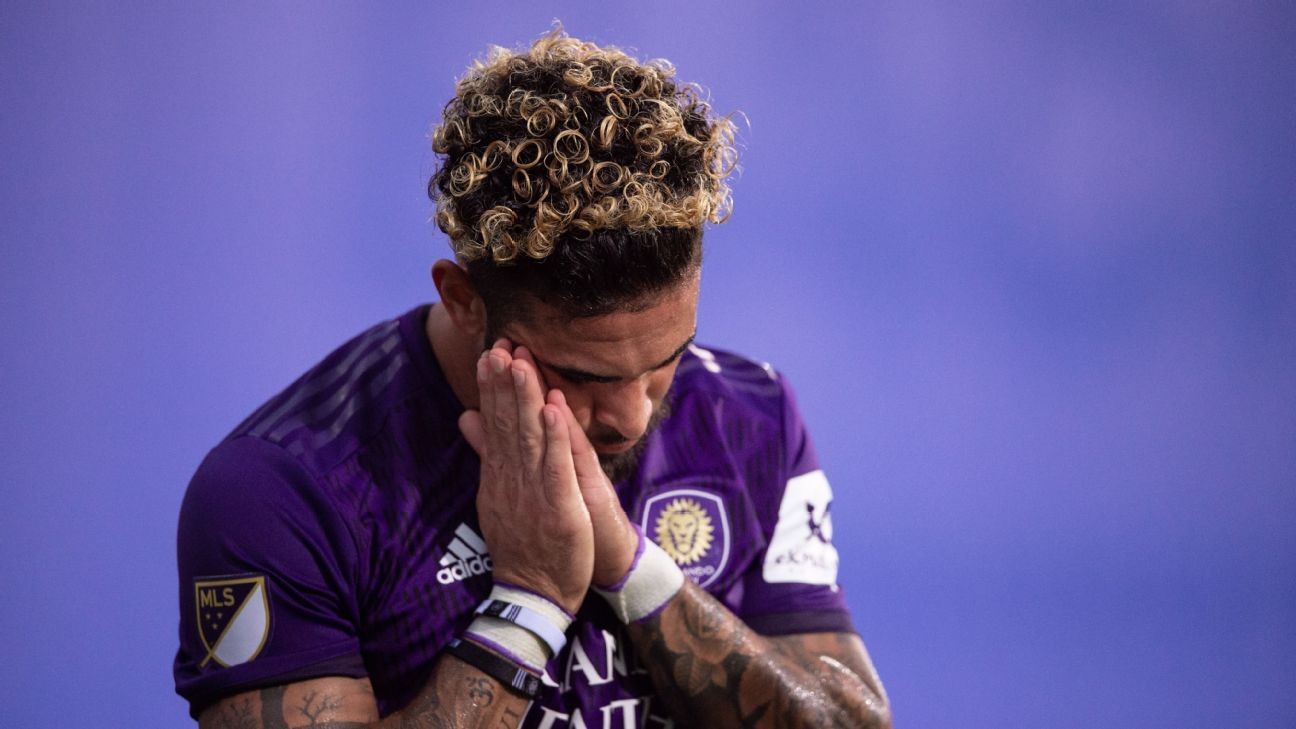 - Play Soccer Playoff Pick 'Em through the MLS knockout rounds
- Stream MLS is Back on ESPN networks, App | FC Daily on ESPN+
- Schedule, TV info: What you need to know

Dwyer previously had been ruled out of the remainder of the MLS is Back Tournament with the injury. He is expected to be sidelined for four-to-six months.

Orlando City SC a revelation of MLS is Back. Are they for real under Pareja?

"Unfortunately injuries are a part of the game & something I've been battling for awhile," Dwyer wrote Friday on Twitter. "To my teammates & to the fans, I'm sorry. My desire remains the same to help bring success to this club. I'll be working to come back stronger & better."

The 30-year-old has notched an assist in two matches this season for Orlando City (2-1-2, 8 points), who defeated Los Angeles FC 5-4 on penalty kicks after a 1-1 tie in a quarterfinal match of the MLS is Back Tournament near Orlando on Friday.

The Lions advance to a Thursday semifinal vs. the winner of the San Jose Earthquakes-Minnesota United quarterfinal that will be played Saturday.

Dwyer has recorded 81 goals and 18 assists in 195 career matches with Sporting Kansas City and Orlando City.