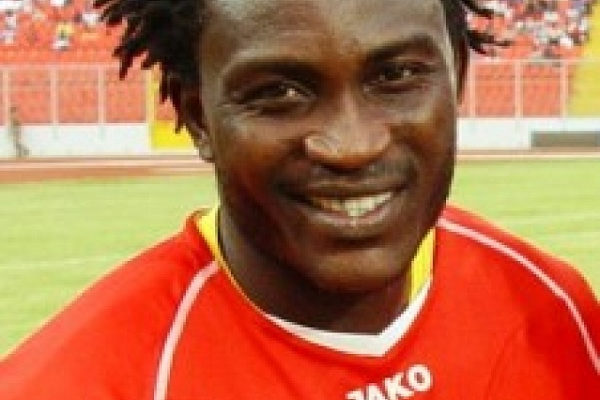 Former Hearts of Oak striker, Emmanuel Osei Kuffour has revealed his love for the official song of Kumasi Asante Kotoko.

The song which was composed by Pat Thomas has history with many forced to sing alone when they are privileged to listen to it for some time.

According to Emmanuel Osei Kuffour who also played for Asante Kotoko at some point in his career, he always feels good when listening to the song of the club.

“I feel good listening to the Kumasi Asante Kotoko song. I love it because I love the team too.

“When we are going to play a match and I listen to that tune it arises my spirit”, the striker told Ashh FM.

He added, “When I listen to that song and I'm on the pitch it helps me give my all to the team since I have been inspired by the song”.

Emmanuel Osei Kuffour played for Hearts of Oak between 1998- 2005 and helped the Phobians to win numerous league titles, the CAF Champions League, CAF Confederations Cup, and the Super Cup.