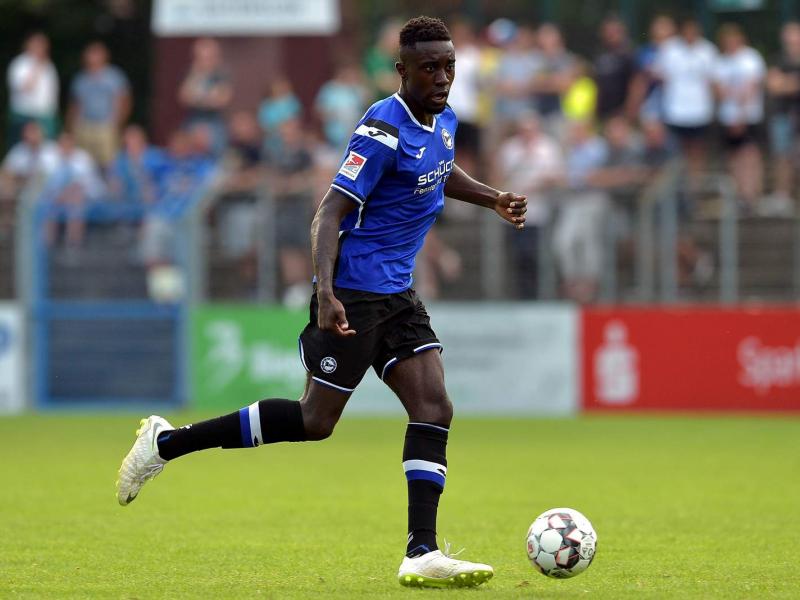 Ghanaian attacker Prince Osei Owusu keeps his impressive form by scoring an equalizer in the 14th Bavarian football derby between FC Ingolstadt and 1860 Munich which ended 2 all.

In a thrilling duel, the two third division teams split 2: 2, the Schanzer remained unbeaten for the tenth time in a row, the Lions in the sixth.

Osei Owusu climbs to the header  on the 16th minute and balances the ball into the mesh after messing glorious chances before Sascha Mölders added the second goal on the 19th minute to put the lions in lead.

the  22-year-old joined the German side on season long loan from Arminia Bielefeld, he has recorded sixteen appearance with three goals.