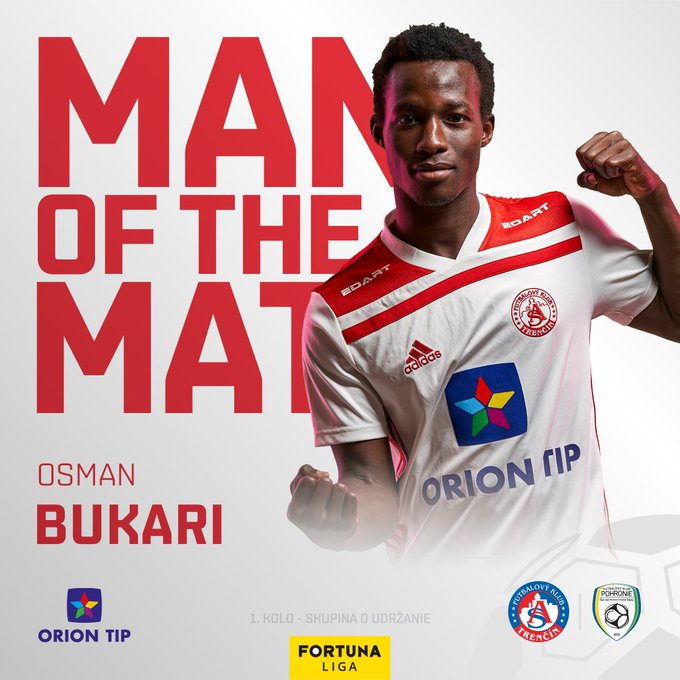 Ghanaian international, Osman Bukari has been adjudged the Man of the Man for his stellar performance for AS Trencin in their 3-1 away win against SK Senica.

The pacey winger has been outstanding for his club since the 2019/2020 Slovak Superliga commenced and is one of the best players for his team and in the league as well.

Last Saturday, he was in action once again and put up another eye-catching performance that saw him opening the scoring for AS Trencin.

His immense contribution at the end of the match, helped his team to bag all 3 points on the bag of a 3-1 win against FK Senica.

Having been nominated for the Man of the Match award at the end of the game, Osman Bukari has managed to earn 71.7% of the votes to pick up the accolade.

He beats competition from his teammates Abdul Zubairu and Ante Roguljić who both impressed on the matchday.

This season, Bukari has won the Man of the Match award 13 times and is undoubtedly one of the best players in the Slovak top-flight.

His goal against FK Senica is his 10th of the campaign after making 21 appearances.